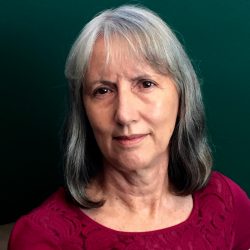 If you were to ask which organization in B.C. has done more for the environment during the past five decades -- Greenpeace or the Sierra Club -- you'll likely get the wrong answer from most people.

By collaborating with other groups, by using the courts and peaceful protests, respecting politicians, and always obeying the law, the B.C. chapter of the Sierra Club has produced an amazing inventory of victories.

For instance, with their collaborative approach, they helped create the Spatsizi Plateau Province Park in 1975, the first large protected area in Canada specifically established to protect wildlife, and the Sierra Club was a key partner in the successful efforts of Peter and Ian McAllister to establish the Great Bear Rainforest.

Passion and Persistence: Fifty Years of the Sierra Club in British Columbia 1969-2019 (Harbour $36.95), by long-time SC member Diane Pinch, responsibly chronicles the organizations many successes as well as some setbacks. It has therefore been selected as this year's winner of the George Ryga Award for Social Awareness.

The story of the Sierra Club goes back to northern California in 1892 when a Scottish-born shepherd and outdoorsman named John Muir, keen to protect his beloved Sierra Madre mountains, generated the Sierra Club in San Francisco. With its credo "to make the mountains glad," this was one of the world's first organizations designed to undertake large-scale environmental preservation campaigns.

Two years after Muir escorted President Theodore Roosevelt through Yosemite in 1903, the Yosemite Valley and Mariposa Grove were preserved as America's second national park, after Yellowstone was created in 1872.

Fast forward to 1968. In the spirit of John Muir, an ad-hoc group of citizens in the Lower Mainland known as the Save Cypress Bowl committee was rallying to prevent the development of a commercial resort in the North Shore Mountains. To augment that campaign, the first B.C. chapter of the Sierra Club was formed in 1969, spearheaded by Terry Simmons, an America graduate student at SFU who would later sail on the Phyllis Cormack to Amchitka.

Among the fifteen people at the inaugural SCBC meeting were Irving Stowe, Jim Bohlen and Bill Darnell -- the carpenter later credited with giving rise to the term Greenpeace.

The good guys won. The NDP administration of Dave Barrett designated the Cypress Bowl area as a provincial park soon after they were elected in 1972.

Concurrently, in 1969, approximately 7,000 people blocked the Peace Arch border crossing at Blaine to protest a proposed underground nuclear test near Amchitka Island, Alaska. They carried signs saying, "Don?t Make A Wave. It's Your Fault If Our Fault Goes." This movement gave rise to the Don't Make A Wave Committee, led by Irving Stowe. Its outgrowth was Greenpeace, formed three years after SCBC in 1972.

A second major catalyst for the growth of the SCBC was the preservation of the West Coast Trail on Vancouver Island, leading to the formation another Sierra Club chapter on Vancouver Island. This occurred after a journalist at the Vancouver Sun, John Twigg, decided to take the six-day trail and write about it for The Sun. He subsequently wrote one of province's all-time bestsellers, The West Coast Trail and Nitinat Lakes, co-credited to SCBC mainstay Ken Farquharson.

Due to the frequency of shipwrecks and other maritime accidents on the turbulent West Coast of the Vancouver Island, a rudimentary trail had long been required for emergencies. Originally known as the Dominion Lifesaving Trail, the path runs from Port Renfrew, on the south end, to Bamfield, on the north end. In 2015, the 77-kilometre West Coast Trail was ranked as the world's No. 1 hike by besthike.com. California's famous John Muir Trail was ranked second.

When Twigg later became press secretary to Dave Barrett during his NDP premiership, he was instrumental in the preservation of the West Coast Trail by lobbying then Lands, Forests minister Bob Williams of the NDP who negotiated the deal. The Sierra Club guidebook has since been updated and reprinted many times without credit to its original author -- a fact that is absent from Pinch?s text.

Ken Farquharson, a civil engineer who had worked BC Hydro dams, was the mainstay of a 14-year, cross-border struggle with partners such as SPEC, the Alpine Club of Canada and the BC Wildlife Federation to successfully prevent flooding of the Skagit Valley, resulting in the Skagit River Treaty in 1984.

It was Farquharson who inspired Ric Careless, Gordon Price (later a Vancouver City Councillor) and members of the UVic Outdoors Club to form their own upstart chapter in Victoria, soon confronting Jean Chretien and Princess Anne at a ceremony in Tofino with Save the Nitinat Triangle banners. Only eighteen months later -- working with the BC Wilderness Federation, SPEC and the BC Federation of Naturalists -- they succeeded in preventing BC Forest Products from logging the Nitinat area.

Careless claims this cooperative result was "the first environmental victory for wilderness in Canada." He went on to form and expand the Tatshenshini-Alsek, Spatsizi Plateau, Stikine River and Height of the Rockies wilderness areas, writing his own book, To Save the Wild Earth, in 1997.

"That?s also called lobbying," he says. "We provide the best possible information on a subject, say a land use situation, and point to the policy we believe ought to be followed. Second, the Sierra Club is committed to looking at the whole picture of environmental issues, which means the economics and social and labour aspects."

There are so many successful campaigns that they can?t all be listed here. Here is a mere smattering of concerns from the Seventies and Eighties?

Mostly the Sierra Club does not endorse nor engage in civil disobedience -- sit-ins or blockades -- or any form of violence or harassment. (One exception was sanctioning civil disobedience to protest the Keystone Pipeline in 2013 at the White House.)

Passion & Persistence reveals that the Sierra Club of B.C. has been enormously successful because it is committed to credibility.

You gotta do your homework.