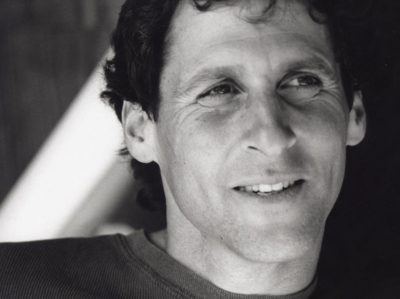 
In 2016, the Sole Food Street Farms initiative was described by its innovators as North America's largest urban farm project, boasting an annual yield of 50,000 pounds of fruits and vegetables from five paved sites, 4.5 acres in total, employing 75 people from 2009 to the present amid the asphalt and squalor of the Lower Track of Vancouver (not called the Downtown Eastside anymore).

Dr. Gabor Mate called it "a great antidote to pessimism."

Vancouver mayor Gregor Robertson said, "It's an ingenious use of space that has been vacant or otherwise discarded."

During the program's seventh growing season, co-founder and director Michael Ableman published Street Farm Growing Food, Jobs, and Hope on the Urban Frontier (Chelsea Green Publishing 2016) to celebrate an initiative that he said "operates on a scale unprecedented in North America."

According to publicity materials, Sole Food paid $300,000 in annual wages to employees including 25 individuals dealing with drug addiction and mental illness.

"If you stretch your concept of what a family is, move beyond the stereotype of Mom, Dad and the kids," said Ableman, "you could say that the Sole Food farms and the community of farmers and eaters that rely on us are just that-a family. And for many of our staff, this family may be the only one they have ever had."

All crops were grown in soil-filled growing boxes. It was claimed the overall yield of this growing system was 15 to 25 times higher than conventional "open field" growing systems.

A recipient of the 1997 Environmental Leadership Awards and the 2001 Stewards of Sustainable Agriculture award, Michael Ableman previously published Fields of Plenty: A Farmer's Journey In Search of Real Food and the People Who Grow It (Raincoast, 2005) and From the Good Earth, On Good Land.

His book Farm The City: A Toolkit for Setting Up a Successful Urban Farm (New Society 2020) covers how to choose, plant and harvest the right crops for an urban-based farm; create business and marketing plans; navigate local government regulations; and involve the community.

A founder of the Center for Urban Agriculture in California, he has worked on advised similar projects in North America and the Caribbean, including a farm at the Jordan Downs housing project in Watts, California and food gardens at a Santa Barbara AIDS hospice on eleven-acre farm.

Also a photographer and a lecturer, he is the subject of a 2001 PBS documentary, Beyond Organic, narrated by Meryl Streep.

The subject of articles and reportage from National Geographic, National Public Radio's All Things Considered, The Utne Reader, and the L.A. Times, Ableman has received the 2001 "Sustie" Award for his work in sustainable agriculture, Eating Well magazine's 1995 Food Hero Award and the 1997 Environmental Leadership Award from the governor of the state of California.

He now lives and farms at the 120-acre Foxglove Farm on Salt Spring Island.

From the Good Earth, On Good Land: A Celebration of Growing Food Around the World (Abrams 1993)

On Good Land: The Autobiography of an Urban Farm (Chronicle Books 1998)

Fields of Plenty: A Farmer's Journey In Search of Real Food and the People Who Grow It (Raincoast 2005).