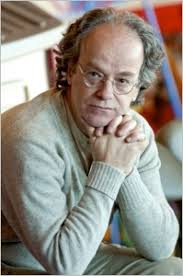 On behalf of The Truth Commission into Genocide in Canada, ordained minister Kevin Daniel Annett's aim has long been to initiate an International War Crimes Tribunal into genocide against the Aboriginal people of Canada. For his twelfth book, Kevin Annett, the tireless and bizarrely unsung campaigner for justice on behalf of Indigenous victims of church-run residential schools, has recalled his formative friendships with four men whose lives might otherwise be unaccounted for in Fallen: The Story of the Vancouver Four (unpriced; visit www.kevinannett.com). The quartet were Johnny "Bingo" Dawson (who died in 2009); Williams Combes (2011); Ricky Lavallee (2012) and Harry Wilson (2012). This is the sort of riveting, deeply-felt book that gives self-publishing a good name.

Born in Edmonton, Alberta on February 10, 1956 of Scottish-Irish parentage, Kevin Annett spent his early years in Winnipeg and was brought to Vancouver at age twelve in 1968. He attended University Hill School and refrained from attending university for five years after graduation. He then received degrees at UBC from Anthropology and Political Science, and studied law for one year. After he became disenchanted with left wing politics during his involvements with steel workers in Hamilton, Ontario, Annett became a United Chuch minister hoping it would lead to involvements in progressive social reforms. He came to Port Alberni in 1992. "The same year I arrived there," he has recalled, "Port Alberni was ranked by the provincial government as the second poorest community in British Columbia, the town with the highest level of infant mortality and family violence, and the suicide capital of the west coast. And at the bottom of this heap of suffering were the local Indian nations: one third of the population perched on not even one percent of the land that had once been theirs." Having accused the church of complicity in "Canada's slaughter of Aboriginal people," Annett claims he was ousted from the pulpit in Port Alberni on January 23, 1995, without just cause or notice by United Church officials after he had criticized their actions. In February of 1996, survivors of residential schools in Port Alberni commenced seeking legal retribution against church and state. Annett has since worked to initiate an International War Crimes Tribunal into genocide against the Aboriginal people of Canada and gained support from Noam Chomsky.

Annett has self-published nearly all of his books. At the Mouth of a Cannon: Conquest and Cupidity on Canada's West Coast: A Personal Account (Amazon $15 U.S.) recounts his conflicts with the United Church of Canada and his friendship with Ahousaht chief Chief Earl Maquinna George in the 1990s to prevent the sale and logging of Ahousaht ancestral land on Flores Island. His sixteenth title, The Border: A Post-Canadian Anthology, is a collection of his speeches, sermons, musings and writing to ask questions such as what makes Canadians different from Americans? Does Canada really exist? Is there life after sixty? His views emanate from what he calls "the gift of the Exhile. Having worked among Aboriginal people and the poor of Vancouver, Annett has also written books about the "forgotten people among us." He has been faced with legal censure for charging that some Aboriginal leaders are complicit in genocide against their own people for selling out Aboriginal resources to government and corporations. In 1995, Annett lost his job in Port Alberni allegedly due to his accusations concerning "Canada's slaughter of Aboriginal people."; He has alleged powerful men have been involved in drug trafficking, pedophilia and land theft among Aboriginal people in northern B.C. Having lived in various parts of British Columbia, Annett operates a community street church "with no money and lots of humour." Noam Chomsky has spoken in his defense.

Hired as Minister of St. Andrew's United Church, Port Alberni, BC, July 1992. He claims he tripled the size of the congregation but was fired "without cause or notice on January 23, 1995, after uncovering evidence of murders and land theft by United Church officers; subsequently expelled from United Church ministry without due process, March 1997".

Ordained as Minister in the Cooperative Community Fellowship Church, December, 1995

Organized IHRAAM Tribunal into Canadian Residential Schools, under the auspices of the United Nations, June 12-14, 1998, Vancouver; served as Advisor and authored final report of the Tribunal

Founded the Truth Commission into Genocide in Canada, September 2000

Created and Hosts "Hidden from History", a public affairs and human rights program on Vancouver Cooperative Radio, as of February 2001

Has served as Minister of All Peoples' Church, a non-denominational community church uniting native and non-native people, Vancouver

1. Founder or Co-Founder of the following Organizations:

2. Served as Resource Person and Counsellor at Native Healing Workshops and Conferences in the following First Nations:

"My part in this story began on a cold morning in March of 1992, when I drove for the first time into the Alberni Valley on Vancouver Island. From the highway summit of Mount Arrowsmith, marked by a few still-uncut towering cedar trees, I saw a land ringed by coastal mountains, falling away to the distant Pacific shore. But the land was buried in an impenetrable fog that morning, which draped over the valley even in broad daylight.

"As I plunged into that cloud I felt that I had entered an even deeper fog, where ghosts walked, and secrets remained hidden.

"Nothing was clear, at first, besides the fact that I was bound for a job interview at St. Andrew's United Church: a score of mostly retired white loggers and mill workers who yearned for more numbers in their pews; yearned, more honestly, for a return to the clearer times of filled churches and zero unemployment and segregated ferries with the Indians safely shoved below decks. And ten sober but desperate faces studied me to see if I would restore such good times to their shrinking congregation, as their new minister.

"A dying mill town isn't the place where one expects things to change very much, except for the worse. Besides, my notion of change quickly went beyond simply rebuilding my parish. The poverty in town and on the local Indian reserves was appalling.

"The same year I arrived there, Port Alberni was ranked by the provincial government as the second poorest community in British Columbia, the town with the highest level of infant mortality and family violence, and the suicide capital of the west coast. And at the bottom of this heap of suffering were the local Indian nations: one third of the population perched on not even one percent of the land that had once been theirs.

"I didn't know it when I drove so blindly into that valley, but I had stumbled on the scene of a mass murder: the centre of the West Coast Christian missionary invasion that had killed off 99 of every 100 native people in barely two generations, during the smallpox epidemics of the mid- 1800's.

"The Port Alberni Indians are the remnants of this conquest, and continue to die from it in droves. But it remains an invisible slaughter to most of us. For all I saw that first morning were ten pale, polite faces, and a quiet, tree-lined neighbourhood.

"They were familiar faces to me. I had been raised around people like them, being a child of the United Church and its Scottish Presbyterianism: serious and straight-laced souls embodying what writer Pierre Berton describes as the English-Canadian mixed personality: one with the mind of a Scottish banker and the heart of a Gaelic mystic, and completely unsure of who to be.

"So I understood the confusion of the men and women who interviewed and then unanimously chose me as their new minister, and what moved them: their desire to run a church more orderly than joyous, their innate generosity hamstrung by a fear of the stranger, and their deep and sullen guilt at dwelling on the bones of another people, having once been the conquered themselves, back in northern Ireland and Scotland.

"And yet, for all their familiarity, the St. Andrew's remnant seemed odd to me, like how I imagined the Afrikaner Boers or Ulster Protestants to be: a people who feel besieged.

"There isn't much that doesn't threaten the pale folks of Port Alberni: ghosts of Indian children from the past, more layoffs at the pulp mill from the future, and hordes of young environmental protesters from the present. And over it all sits the local feudal lord, the American logging corporation Weyerhauser - formerly MacMillan-Bloedel, when I arrived - which holds all the strings of power in town; including, I learned the hard way, in the church.

"Somewhere in the midst of these fears, my new employers had circled their wagons and invited me to be the pastor of their snug little fortress. From their gun-slit perspective, my task was straightforward: to know who to let into their select circle, while comforting and protecting them from all of the threats outside: past, present and future.

"This was euphemistically called "being pastorally competent" in the gray fraternity of my fellow clergy. But exactly where God, the Gospels and the rest of humanity fit into it all was never mentioned. I discovered why very quickly.

"It wasn't something I set out to discover. I was content, at first, to be the kept chaplain on that luxury boat, for my life had been stormy with political activism, and I longed for days not filled with the suffering of others, with unwinnable causes and unbeatable foes. I saw myself settling down in Port Alberni with my wife of that time and our young two daughters, and having what our pig-sty impulses call "a normal life". I wanted bits of other people and their problems, an arms-length god who causes nice feelings but not anguish. I wanted to preach good sermons.

"And it all would have happened, except for a fatal "flaw". I retained a smattering of empathy that kept my door open just enough to allow in a few, initial strangers who would pry me open even more, and eventually change me."