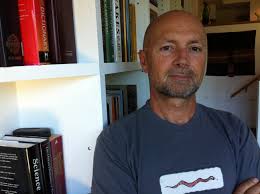 
Leslie Anthony is a writer, editor, biologist and occasional filmmaker. His interests include biodiversity, the environment, ecology, the outdoors, and adventure travel. He holds a PhD in Zoology from the University of Toronto. He has written two books, Snakebit: Confessions of a Herpetologist and White Planet: A Mad Dash through Modern Global Ski Culture.

An award winning writer, his first love is skiing. His first book, Snakebit: Confessions of a Herpetologist, was followed by White Planet: A Mad Dash through Global Ski Culture (Greystone, 2010), which includes accounts of skiing in such unexpected places as Mexico, Iceland, Lebanon and India.

Anthony is the features editor of Canada's SKIER magazine and editorial director of Mountain Life Annual as well as a contributing editor to many other ski and outdoor magazines. He lives in Whistler, BC.