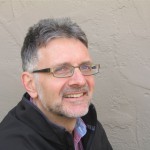 
It is possible to eliminate death and serious injury from Canada's roads. So argues Neil Arason in his first book No Accident: Eliminating Injury and Death on Canadian Roads (Wilfrid Laurier University Press $29.99). An expert in the field of road safety, Arason raises the issue of the central role of the motor vehicle as a dangerous consumer product. The neglect of this concept has resulted in one of the largest human-made means for physically assaulting human beings. Consumer advocate Ralph Nader wrote the book's foreword.

Neil Arason has worked in the field of road safety research for many years. He has contributed to numerous publications and studies, and served as co-chair of a national task force on pedestrian safety. He believes that if we take serious steps now, deaths and severe injuries from our roads can be eliminated by 2035. Neil lives in Victoria, British Columbia with his wife and two children.