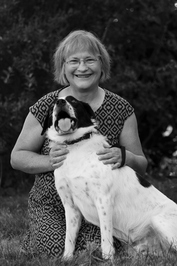 
Ben last saw his mother when he was three years old. Now he's entering grade ten in his second year at Fairhaven, an exclusive private school on an inaccessible, small island off the West Coast of Canada. That's the set-up for Dianne Astle's first fantasy novel, Ben the Dragonborn (2015), a story that affirms the importance of knowing each person is unique and therefore special in their own way.

Presenting her fantasy story for middle age readers, Dianne Astle writes: "When I wrote Ben the Dragonborn all I wanted to do was write a story that people would enjoy. It was after the story was written that I realized there were some good messages in it. One of the good messages is the importance of being who you truly are. We live with a lot of pressure to live up to other people's expectations of the perfect son or daughter, the perfect husband or wife, the perfect friend, or student or employee. The world sometimes wants us to fit into molds that we were not made for.

"I believe everyone of us has great value because we are unique. There is no one exactly like us in the world. No one exactly like us has ever lived. It is important to not only recognize that, but to find things that we can celebrate. I know that doing so is harder for some people then for others. Some people seem to have it all: beauty, brains and athletic ability. I grew up with learning disabilities, was not athletic and felt unattractive; but guess what there was more to me then I ever dreamed. I was lucky and life opened some amazing doors that helped me see myself and the world differently.

"Ben discovers that there is more to himself then he or anyone imagined. He did not know who he was, but others told him that there was something special about him. This is something we need to do for one another. We need to be open to seeing and naming the beauty and gift in others when they cannot see it in themselves. This is particularly important for anyone who is a parent, for our children learn to see themselves partly through what we tell them about who they are.

"There is a sequel coming soon. In Ben and the Watcher of Zargon, Ben has problems becoming who he really is. He is sent to his mother's home world to learn how to transform from human to dragon and back again. In Ben and the Watcher of Zargon I am introducing a new character. Mack's journey of transformation will be even more spectacular then Ben's, even through Mack will not discover that he is dragonborn like Ben did."