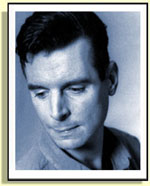 BIBLIOGRAPHY: Channel Surfing in the Sea of Happiness, Gutter Press, 1998

BIOGRAPHICAL DETAILS: Guy Babineau has published short fiction, satire and memoir in Descant, The Church/Wellesley Review, Xtra (Toronto), Xtra West and The Georgia Straight. In 1999, he wrote a children's narrative (ages 9 to 12), Dreamcathers: How Megan and Danny Saved the Web, which was the fictional spine of a CD ROM teaching kids about the Internet, published by Science Alberta and used throughout that province's school system. His articles and reviews have appeared in the Georgia Straight, the Globe and Mail, the National Post, the Vancouver Sun, Vancouver Magazine, the Victoria Times-Colonist, Canadian Forum, AZURE, Architecture Week, The Body Politic, Xtra (Toronto) and Xtra West. Babineau moved to Vancouver in the 1990s. He has a BFA in Theatre from York University and a Certificate in Computer Multimedia.

Articles: 1 Article for this author
Channel Surfing in the Sea of Happiness (Gutter $14.95)
Info


One reviewer has dubbed Guy Babineau as being representative of a new genre of 'aggressively urban' Canadian fiction. The eight sardonic stories in Channel Surfing in the Sea of Happiness (Gutter $14.95) are concerned with manners and gay identity politics. For instance, two maladroits in one story escape recession-riddled Toronto in a convertible, high-tailing it for post-Gulf War Chicago where they encounter sex and architecture in a society distorted by pop culture. 1-896356-21-4