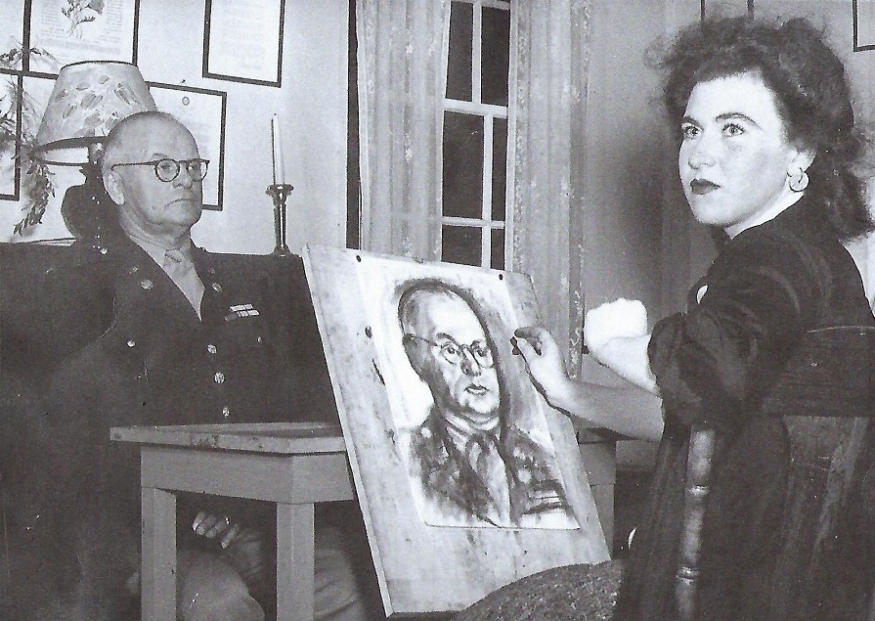 
"Never paint from anything but real life whether it is a person or flower." -- Unity Bainbridge


Unity Bainbridge of West Vancouver was a distinguished painter and an amateur ethnologist who frequently visited the Lillooet and Whistler area, painting many portraits of First Nations people. In editions of 1,000 copies she self-published Songs of Seton: The Three Sisters of Nekiat (1974, 1975, 1976) and Lullaby of Lillooet (1977). Along with text in the form of diary extracts, Bainbridge's paintings recall her visits from 1942 and 1976 with a romanticized, tragic perspective. "This book is written in memory of lovely things that have gone... the lost little churches and the villages of Lillooet," etc.

On a social level, Bainbridge preceded a community of artists and arts supporters in West Vancouver during the 1940s and 1950s that included Gordon and Marion Smith, Bert (B.C.) Binning, Jessie Binning, Alistair Bell, Betty Bell, Geoff and Ruth Massey. Her contributions to art and society were eventually recognized with the Order of British Columbia in 1993 and a Queen's Jubilee medal.

Born on July 6, 1916, she died on November 30, 2017, predeceased by her parents, Ursula Ridgeway (her sister) and husband Bob. She was survived by her daughter Deb Ryan (Rick) and sister Monica Reznick as well as grandchildren, great-grandchildren, nieces and nephews. Her work is in the permanent collection of many galleries such as Buckingham Palace, Imperial War Museum, Diefenbaker Museum and the Vancouver Art Gallery.

We are sad to announce the passing of one of our most loved and respected alumni, artist Unity Bainbridge, a 1936 graduate of the Vancouver School of Art. We are sharing her obituary, lovingly written by her daughter, Deb Ryan.

Unity, an early pioneer Canadian artist, was born in Victoria BC on July 6th 1916. Her talent was exhibited as a child and perfected as a student at the Vancouver School of Art (Emily Carr University) from which she graduated in 1936. She felt a kinship with other artists who shared her love of nature. She was a classmate contemporary of Ed Hughes and was influenced by her discussions and visits with "Group of Seven artists Frederik Varley and Lawren Harris.

"History must be left intact"; is a phrase often associated with the work of Unity when one views her work and reads the details of her subjects in her books and the marginalia integral to her art. Unity saw and experienced the mystical magic of the world and always sought to reflect that mysticism in her work.

Unity never ceased to remind people "We were taught at Art School to always draw from life and strive to do as well as Leonardo. Art is life and life is Art. We would have been expelled if we were found copying. I along with my class mates were taught that you do not paint to sell: you paint because you are passionate about something and to embrace that passion so others can experience it.";

Unity's art has been exhibited in galleries, large and small, from the early thirties to the present day. She had her first large one woman show in the early fifties. Her work is in the permanent collection of Buckingham Palace, Canada House, Imperial War Museum, the Diefenbaker Museum, Vancouver Art Gallery, as well as in numerous galleries and homes around the world.

Unity was always drawn to the Indigenous people. She believed the First Nation traditional culture provides the foundation blocks for creating a healthy, compassionate society possessing respect for the power of nature.