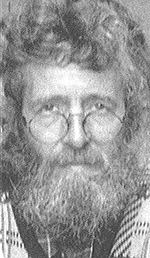 
Before Lincoln Clarke's Heroines, Reverand Allen Tysick, a street minister, and alcoholic photographer Bob Ballantyne collaborated for Out in the Open (Northstone, 1997), a frank look at life on the street on the Downtown Eastside of Vancouver.

Articles: 1 Article for this author
Out in the Open: Life on the Street (Northstone $19.95)
Article


To stay sober, my camera became my sponsor, my reason to continue - one day at a time,"; says Bob Ballantyne, photographer for Out in the Open: Life on the Street (Northstone $19.95), a compilation of prose and pictures inspired and initiated by Ballantyne and other homeless men and women of Victoria.
Ballantyne's interest in photography began when his children were born. Years later, when Ballantyne ended up on the streets, he started taking pictures of the street people he now considers his family.
"At first I gave my pictures away to those who I captured on film,"; he says. "Then, the late Jim Samson suggested that we put together a book that would capture in a real way the life on the street.";
Ballantyne asked permission of all the subjects - while they were sober - before he took their pictures. While Ballantyne was busy taking shots, Reverend Allen Tysick, of the Open Door Inner City Ministry in Victoria, started writing down some of the things that the street people were telling him, including Rebel's poem (see sidebar) about the kindness of people.
Out in the Open "is not an attempt to justify, glorify, or romanticize life on the street,"; says Tysick, "nor is it an attempt to seek forgiveness, compassion, or understanding.
"The essence of the book is not the many questions, assumptions, and myths that surround poverty; rather the essence is the challenge and opportunity to question oneself.
"Street people... have become an indelible part of the urban landscape. Yet they suffer from a kind of invisibility. We try not to see them. When we pass them on the street, we look away, afraid to make eye contact.";
Those profiled in Out in the Open range from the very rich to the very poor, from the very young to the very elderly, from the uneducated to a Harvard professor. Part of the proceeds from book sales will go to the Open Door Inner City Ministry.
"I would have given up several times, but the people of the street would not let this book die,"; says Ballantyne. "It was often, in fact, the death of a street person that brought new life to this book.";
1 55145 099 2