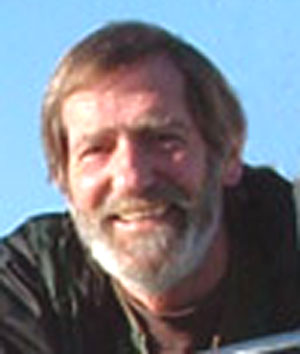 
Chris Banner is a freelance writer and editor who also publishes Diamond River Books. His short story 'Flight' was published by Laughing Willow Books in The Air Between Us (0-9698975-0-2).

Banner has worked as a detective with Scotland Yard, and also worked for the Royal Bank of Canada. He has been the publisher of The Lanark Era, one of Canada's oldest weekly newspapers, and he has worked in kayak sales and designs for Ocean River Sports & Seaward Kayaks.

As a journalist he was a regular contributor to the Ottawa Citizen also contributed to several Maclean Hunter magazines including 'Driver Owner' and 'Bus and Truck.' He also co-owned and founded 'Anthos', an eastern Ontario Arts journal.

Banner moved to Canada's West Coast in 1986 and became a reporter and columnist for the Victoria Star and a freelance writer for Monday Magazine. He edited and photographed for 'On The Waterfront' a monthly maritime journal, and later edited 'Coastal Echoes', an environmental journal. He has regularly contributed to 'Cosmic Debris,' a Vancouver Island Music magazine, and contributed political commentary to the Victoria Times Colonist and 'Impact' magazine in Florida.

His novel The Mercedes Variation concerns a romance between two 'back-to-the-landers,' also known as beansprouters by the locals, named Paul and Mercedes, during the period of the so-called Sixties when young people formed agricultural communes, rejecting consumerism in favour of idealistic flower-power. Paul is infatuated with his rural neighbor who "stepped from her truck scrubbed, fresh and vibrant. Her eyes sent sparks as she smiled. She'd twined a chain of daisies through her ebony black hair and her nipples played hide and seek behind the delicate lace of her blouse. The wind wrapped her skirt around her more tightly than a mummy. She had open leather sandals on her feet. She looked like a virgin gypsy. I was dazzled.'"