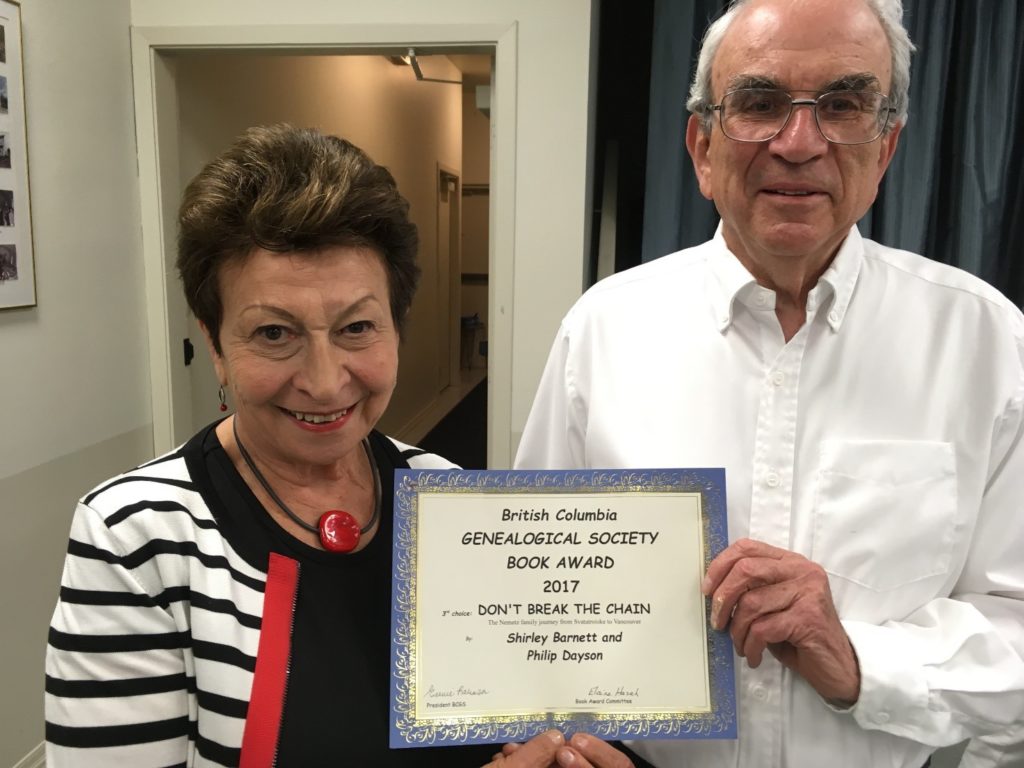 
As children of Ben and Esther Dayson, in collaboration with the Ben and Esther Dayson Family Foundation, Shirley Barnett and Philip Dayson (at right) wrote and compiled Don't Break the Chain: The Nemetz Family Journey from Svatatroiske to Vancouver (2017). It is the first in a projected Family History book series to be produced by the Jewish Museum and Archives of B.C.

Fleeing pogroms in Ukraine, Abraham ("Avrum", born 1865) and Toba (pronounced "Tooba") Nemetz left their town near Odessa and arrived in Canada on September 3, 1922, aboard the R.M.S. Antonia, docking at Halifax. They first settled in Watrous, Saskatchewan. Abraham died five years later, leaving Toba the matriarch. The descendants of Abraham and Toba Nemetz would generate almost 200 descendants by the time this chronicle appeared. The Nemetz brothers refurbished electric generators and built the area’s first power plant. All nine siblings eventually moved to Vancouver. The Nemetz family has contributed to the Jewish Welfare Bureau (Jewish Family Service Agency), Louis Brier Home and Hospital, Jewish National Fund, Camps Hatikvah and Miriam, B’nai B’rith, Young Judea, the Jewish Museum and Archives of B.C. and other worthy causes. The BC Genealogical Society of BC has recognized the positive impact of this family and this book on the history and development of the entire province. The name Nemetz is the Russian word for German. 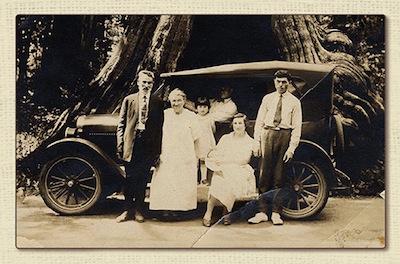