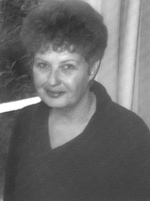 
"I have run out of space to adequately describe Rhonda Batchelor's touching poems of tribute to her late husband Charles Lillard, but Weather Report is worth close attention for its precision and clarity and attention to particulars, especially in a poem such as 'Widow,' which is a subtle evocation of exhaustion, busyness, fraught motherhood and loss, without once using any of those words." -- Gary Geddes

Rhonda Batchelor has worked in and around publishing, as a writer, editor, publisher, bookseller and consultant. From 1990 to 1997 she and her late husband Charles Lillard operated Reference West, a literary press publishing over 100 chapbooks of poetry and short fiction by some of Canada's finest writers. After Charles's death, Rhonda continued the series until 2000 and was host to the accompanying Hawthorne Series of readings during those years. Her own books include Bearings (Brick Books), Interpreting Silence and Weather Report (Beach Holme Publishers) as well as a chapbook of erotic tanka, And roll from me like water, from Leaf Press. Her chapbooks from Reference West include Sukey, Mirror After Mirror and Waiting Game. Her poetry, fiction, reviews and articles have appeared in many journals and anthologies. Originally from Brantford, Ontario, where she was born in 1953, Rhonda Batchelor has lived on Vancouver Island since 1971 and holds a BFA from The University of Victoria. She has been an editor for The Malahat Review.