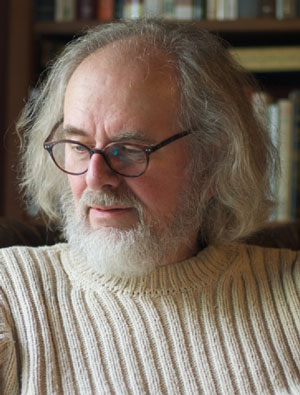 
Gary Bauslaugh of Victoria, B.C., formerly of Duncan, is a retired university administrator and former president of the Humanist Association of Canada who was instrumental in helping the Saskatchewan farmer Robert Latimer gain parole after seven years of imprisonment for the murder of his desperately ill daughter. The story of that mercy killing and its judicial and social aftermath is re-told in Bauslaugh's Robert Latimer: A Story of Justice and Mercy (Formac 2010), endorsed by the Honourable Kim Campbell and lawyer/novelist William Deverell.

All juries are not created equal

In 1993, prairie farmer Robert Latimer-by all reports, a loving and dutiful father-ended the life of his severely ill, twelve-year-old daughter Tracy, who lived in constant agony. Rather than see her further mutilated by body-altering operations that would bring her little relief, Latimer administered carbon monoxide poisoning in the cab of his truck because he believed that was the most merciful approach.

After seven years of legal proceedings, a jury reluctantly believed they must uphold the law of the land. Latimer was found guilty of second degree murder and sent to prison.

Having written a book about the case in 2010, Gary Bauslaugh now asserts in The Secret Power of Juries (Lorimer $22.95) that Latimer went to prison largely because his jury did not know about the validity of jury nullification.

"In most countries with legal systems based on English Law,"; writes Bauslaugh, "juries have the power to act independently in the sense that they are fully entitled to come to any verdict they wish, regardless of what the laws.";

A Supreme Court jury in 1988 had acquitted abortion pioneer Henry Morgentaler because his defence attorney had informed the jury, "it is up to you and you alone to apply the law to this evidence and you have a right to say it shouldn't be applied."; Unfortunately a proclamation made by Chief Justice Dickson in 1988 hampered Latimer's defence team from mentioning the legal phenomenon to jury that is called "jury nullification,"; essentially the power of juries to act independently of the law.

Bauslaugh was inspired to write The Secret Power of Juries by a holiday in London in 2012, during which he toured the Old Bailey courthouse, scene of the famous 1670 trial of the Quaker William Penn who took a courageous stand against repressive laws that restricted religious freedom. (His jurors were imprisoned for rendering an acquittal that went against the law of the land.)

By chance, Bauslaugh and his wife also stayed at a hotel run by Quakers in the Bloomsbury district called the Penn Club, whereupon it dawned on Bauslaugh that jury nullification had been alive and well in English law since 1670, during the reign of King Charles II. He subsequently decided to trace its course over the 340 years preceding the Latimer trial-where it might have been invoked for a radically different result if only the jury had understood their power. 978-1-4594-0505-9

Robert Latimer: A Story of Justice and Mercy (Formac 2010)

Articles: 1 Article for this author
The Right to Die:The Courageous Canadians Who Gave Us The Right To A Dignified Death (Lorimer $29.95)
Review (2016)


The heart-wrenching stories that Gary Bauslaugh tells in The Right to Die: The Courageous Canadians Who Gave Us The Right To A Dignified Death, begin with the Ramberg case in 1941.
That was when parents of a toddler living with a painful, incurable tumour "connected the exhaust pipe from their vehicle into the bedroom where the child's crib was and turned on the ignition."; The boy died and his parents stood trial for murder, facing a possible death sentence.

The jury took ten minutes to find them both not guilty, nullifying the existing law and sending a powerful message about the limitations of the law around mercy killing.
This reluctance to find defendants guilty of murder has occurred in numerous instances.

The high profile case of farmer John Latimer, who killed his severely disabled daughter Tracy with carbon monoxide, is more complicated. Involuntary euthanasia is murder in the eyes of prosecutors and advocates for people with disabilities, who argue such killings devalue the lives of the disabled and are open to abuse. Latimer was convicted of second degree murder, served ten years in prison and became the subject of a book by Bauslaugh. (The author also helped Latimer get a job as an electrician.)

Bauslaugh thinks the Latimer case and ruling set back the cause for "compassionate assistance in ending of life."; Many Canadians were conflicted by this case, at a time when countries like the Netherlands and Belgium were opening up new options for assisted suicide and euthanasia.

Overall, Gary Bauslaugh examines 40 cases of assisted dying-many of which involve right-to-die advocates in B.C.
In 2015, the Supreme Court unanimously struck down the ban on medically assisted dying, ruling that the law was unconstitutional and breached the Charter. This was the provision Sue Rodriguez challenged. According to polls, the highest court got it right. A majority of Canadians now support death with dignity.

The new federal government was given an extra six months to craft a law that balances civil rights and the need to protect the most vulnerable. Bill C14 will now provide support to consenting adults with "grievous and irremediable"; medical conditions that are incurable and intolerable.

Lee Carter, whose mother Kay Carter was central to the groundbreaking assisted dying litigation launched by the B.C. Civil Liberties Association, believes the new law will be too narrow and restrictive. Lee Carter's mother travelled to Switzerland to legally end her life but she would not have qualified for medical assistance in Canada under the proposed new law.

Bauslaugh also details the efforts of B.C. activist John Hofsess and his Right to Die Society. Hofsess began thinking about a more dignified death when his filmmaker friend Claude Jutras jumped from the Jacques Cartier Bridge in Montreal after facing early onset Alzheimer's.

"Hofsess felt guilty for not doing more to help his friend,"; Bauslaugh writes, "backing away from helping him die partly because it was difficult to let go of his friend, and partly because he feared prosecution. Never again, he vowed, would he let that happen again.";

When Hofsess moved to Victoria and learned of an elderly couple who jumped from their balcony, he thought there must be a better way to end lives. Hofsess created an underground railroad to assist people with the decision to take their own lives by providing information, so called "Exit Bags"; and, on occasion, direct assistance.

This continued until one of his colleagues, Evelyn Martens, began to operate on her own and went to trial. Bauslaugh documents the twists and turns of Martens' trial, which he attended in 2004, at the end of which she was found not guilty.
It was the Gloria Taylor/Lee Carter B.C. Civil Liberties challenge that ultimately changed the law. Suffering from ALS, lead plaintiff Taylor wrote: "I do not want my life to end violently. I do not want my mode of death to be traumatic for family members. I want the legal right to die peacefully, at the time of my own choosing, in the embrace of family and friends.";

Taylor was granted an exemption to seek doctor-assisted suicide by the B.C. courts, but didn't use the exemption as she died from a sudden, serious infection at the age of 64.