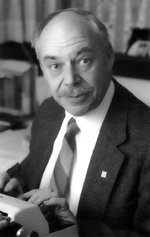 
As Principal Researcher at the Oregon Historical Society, Beals, a retired regional planner, specialized in maritime exploration of the Pacific Northwest. Accordingly he translated and annotated the journals of the first European expedition known to have reached British Columbia waters, Juan PÃ©rez on the Northwest Coast: Six Documents of His Expedition, 1774 (Oregon Historical Society Press, 1989), as a follow-up to having edited and translated the records of the first European expedition known to have made landfall on the mainland of the Pacific Northwest, For Honour and Country: The Diary of Bruno De Hezeta (Oregon Historical Society, 1985). [See Perez entry]

Review of the author's work by BC Studies:
Juan Perez on the Northwest Coast: Six Documents of his Expedition in 1774