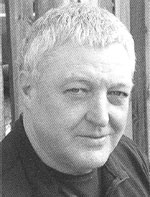 
A "self-educated lan(d)guage poet," Ken Belford was born in 1946 to a farming family in Debolt, Alberta and he grew up in East Vancouver. He was one of Talonbooks' first authors, publishing Fire Weed (Talon, 1967) and The Post Electric Caveman (Talon, 1970). In the late Sixties he moved to the Smithers area where he homesteaded with his wife Alice Williams. For 35 years he operated a guiding/outfitting, ecotourism business that specialized in wilderness excursions based at Blackwater Lake in the Nass watershed while he lived in the unroaded Nass River headwaters at Damdochax Lake. In addition to more than a dozen chapbooks, Belford has also published Pathways Into the Mountains (Caitlin, 2000 $14.95), and ecologue (Harbour, 2005 $16.95).

Of his third book, Pathways into the Mountains, Gary Geddes wrote, "Like Milton Acorn's, Belford's poems about being in and out of work, or in and out of place, combine intelligence and an awkward, almost lumbering grace." His fourth collection of poetry, Ecologue, is a culmination of his efforts to "reconcile land and language."

Remarried, Belford moved to Prince George where he lived with his partner Si Transken. Near the outset of his fifth collection, dedicated to Si, he writes, "Today I went back and deleted my old love poems, and kept my past and present separate, between the knower and the known." With his seventh collection, Decompositions, Belford continued to place himself outside and beyond what he calls the "tribal schools" of poetry.

As a "land-aware" poet in Prince George who is comfortably familiar with places like the unroaded headwaters of the Nass River, Belford examines the mutation of Marshall McLuhan's adage "the medium is the message" in the internet & cell phone era with Internodes (Talonbooks $16.95), his eighth poetry collection. "The conventional standards of narrative and lyric poetry give me nothing," he says.


If language is an index of belonging, then Decompositions is the writing of an exile, a tribe of one.

For much of his life, Ken Belford has lived in the north, in the pristine region of the headwaters of the Nass River. His careful (de)compositions disclose the land as a complex living organism, articulate the names of it, see the whole of it. Yet the landscape of these poems is not a matter of latitude and longitude, but that unroaded place which begins at the edge of the rancher's field, wherever that boundary is, and looks back at "civilization"; with a vision and a voice that is unique and new. These poems catch their readers up in a surprising social engagement that is at once larger and other than the consumer discourse of trade and ownership.

The construction of the lyric in contemporary poetry is most often grounded in a gaze from shelter, out onto a common field that is captured, and thus appropriated-an "aboutism"; or constructed estrangement of the other that is challenged by these decompositions of that sheltered and privileged "I."; For Belford, poetry is a social process that explores linguistic and political particulars from a gaze that is opposite to the shelters of convention, the academy, the city, or the south. It is a writing that rules out the anticipation and doubt of traditional narrative. These are not safe poems, they resist more than they assure.

While Belford's self-taught language of subsistence isn't aligned with the well-worn ancestral narratives of our forefathers, its sub-text remains rooted in questions of both origin and evolution, foregrounding a consciousness informed by the latest recognitions of science and technology. Uncolonized spaces are represented here not as a return to a golden age, but as bright openings to our undisclosed future.