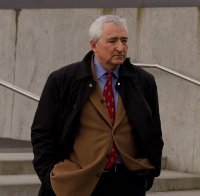 
David Berner is a broadcaster, actor, writer, teacher and addictions expert. He founded Canada's first Residential Treatment Centre for drug addicts and alcoholics. The program thrives 45 years later and sends hundreds of people each year back into the community as clean and sober citizens. In the late 1970's he opted for a media career. Having written as a columnist for The Province and hosted a talk show in CKNW radio, he appears four times per week on his public affairs show on Shaw Community TV. In 2013, he self-published his first book, All the Way Home (Amazon, unpriced) chronicling the history and theory of his addictions work. Berner still runs therapy groups at The Orchard Recovery Centre and he is the Executive Director of The Drug Prevention Network of Canada.