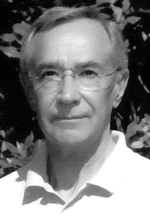 
In his self-published memoir, Provence, Je t'aime (Granville Island, 2008), retired Vancouver lawyer Gordon Bitney humorously describes buying and renovating a villa in the village of Nyons, Provence, with his wife Marie-HÃ©lÃ¨ne, during a period when he couldn't be away from his office more than three or four weeks at a time. It's another presentation of the idyllic qualities of life to be found the French countryside amid olive orchards, vineyards and fields of lavender, etc. "The very things that made Provence an irrelevant rural backwater on the world stage came to be the reasons people were attracted to it," he writes. "...Provencal country furniture became a la mode... Yesterday's ruin was today's chateau, and a piece of old used furniture was viewed as a valued treasure. To say something was 'provincial' no longer meant it was backward and unappealing. Provence took on cachet." 208 pages. $19.95

Bitney shares his personal journey by bicycle through the villages of south eastern France in his follow-up volume, Provence For All Seasons (Granville Island 2012), describing the countryside that inspired CÃ©zanne, Picasso and Van Gogh, as well as the outdoor marchÃ©s and the ruins from the Roman times and the Middle Ages. 978 1 926991 1 39 $19.95