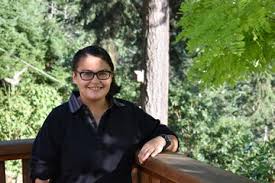 
Born in Whitehorse, Cassandra Blanchard of Duncan has a BA from UBC with a major in gender, race, sexuality and social justice. Dissecting herself and the transient life she once knew, including time on Vancouver?s Downtown Eastside as a drug addict, Cassandra Blanchard writes candidly about violence, drug use and sex work in her debut Fresh Pack of Smokes (Nightwood $18.95). ?This night in Oppenheimer Park Dan asked me to shit-kick this chick in the face as she owed money and I said no because I didn?t know who she was and I wasn?t about to play with fire so he sat on the bench then stood up and did a flying kick twice to her chin and she convulsed and passed out he said he didn?t want to spill blood because she had HIV...? 978-0-88971-352-9