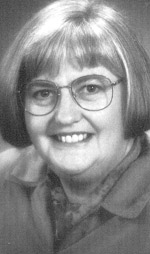 
Born in Australia in 1939, the Crescent Beach resident has written A Deep Sense of Wrong: The Treason, Trials, and Transportation To New South Wales of Lower Canadian Rebels Following the Rebellions of 1837-38 (Dundurn, 1995). It's both an analysis of treason law and a work that combines Quebec and Australian history. With F. Murray Greenwood she co-wrote Uncertain Justice: Canadian Women and Capital Punishment 1754-1953 (Dundurn, 2000). She has co-authored Beyond Hope: An Illustrated History of the Fraser and Cariboo Gold Rush (Dundurn, 2003) with Bronwyn Short, also originally from Australia.

She has also written a trilogy of young adult novels, Sophie's Rebellion, Sophie's Treason (Dundurn, 2005) and Sophie's Exile (Dundurn, 2008). In the culminating volume, in the aftermath of the 1838 Rebellion in Lower Canada, 14-year-old Sophie Mallory sets sail wit her guardian Lady Theodosia Thornleigh to be with her father who has been wrongfully convicted of treason and deported to a penal colony in Australia.

Articles: 1 Article for this author
Hope: An Illustrated History of the Fraser and Cariboo Gold Rush (Dundurn, 2004)
Review


Inspired by a dream that he'd find gold at a depth of 52 feet, Billy Barker, B.C.'s most famous golddigger, deserted ship to reach Williams Creek in 1862, where he was dismissed as a crackpot. Sure enough, the Cornish sailor struck it rich and a shantytown called Barkerville, on a street only 18-feet long at first, became the hub for the Cariboo Gold Rush.

In Beyond Hope: An Illustrated History of the Fraser and Cariboo Gold Rush (Dundurn $24.99), Beverley Boissery and Bronwyn Short recall how failures far outnumbered fortunes-even many of the lucky ones, such as Barker and John 'Cariboo' Cameron, died poverty-stricken and alone.

It was even tougher for women. Among the ill-equipped Overlanders who trekked from Edmonton was Catherine Schubert, with three children in tow. "For four months she endured the hardships of the trail, eating moss boiled with water when there was no other food, but something else made her situation unique; she was pregnant...

"Catherine almost drowned when her canoe smashed to pieces, survived several white-water rafting experiences, and must have been overwhelmed with joy when she sighted Fort Kamloops on the forks of the Thompson River. There, in a tent, she gave birth to her daughter Rose."; She later concluded her Cariboo odyssey was nothing but hard work and no gold.

With 125 photographs and drawings, Beyond Hope recalls most of the major entrepreneurs and politicians of the gold rush era, as well as mining techniques, relations between whites and Natives, and the influx of gold seekers from across the globe-particularly Americans, who were constrained by the shrewd and stern policies of Chartres Brew, B.C.'s first police inspector, and the legendary chief justice Matthew Baillie Begbie.