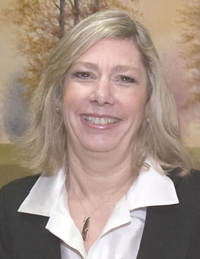 
While accentuating the lives of controversial Mormon leaders Winston Blackmore, the Bountiful, B.C.-based self-appointed prophet who has had more than 25 wives and sired more than 100 children, as well as the American Warren Jeffs, who accumulated more than 70 wives in Salt Lake City in the 1990s, Daphne Bramham explores how polygamy and sex with minors has been perpetuated with minimal prosecution in The Secret Lives of Saints: Child Brides and Lost Boys in Canada's Polygamous Mormon Sect (Random House $32.95). Her far-reaching and intensive exposÃ© examines how young men and boys are exploited as cheap labour or else ostracized by the sect's leaders, arguably victimized by the institutionalization of polygamy as much as young Mormon girls and women. It's a provocative and well-researched study, accumulated from articles written by Bramham over several years, after she was forcefully encouraged to write about the polygamist sect by an unsolicited letter from fiction writer Jancis Andrews. Braham's investigation essentially picks up from where Debbie Palmer's award-winning memoir of her escape from Bountiful left off. [See Palmer entry]

Bramham is a Vancouver Sun columnist who was named Commentator of the Year by the Jack Webster Foundation in 2005. The Secret Lives of Saints was shortlisted for British Columbia's National Award for Canadian Non-Fiction.


Daphne Bramham's far-reaching and essential The Secret Lives of Saints: Child Brides and Lost Boys in Canada's Polygamous Mormon Sect (Random House $32.95) not only reveals how polygamy and sex with minors have been perpetuated, with minimal prosecution, on both sides of the 49th parallel, for decades.

It also examines how young men and boys are victimized by Mormon polygamy almost as much as their female counterparts.

Because leaders take numerous wives, the sect's under-educated males are often unable to marry and are exploited for cheap labour, or ostracized. The exposé estimates fundamentalist Mormons under-pay their employees by 40% in comparison to their neighbours. Some Mormons believe a man needs a minimum of three wives to get into heaven.

As Bramham admits, she has picked up the story from where Debbie Palmer's memoir of her escape from Bountiful left off. Co-written with self-publisher Dave Perrin, Palmer's Keep Sweet: Children of Polygamy (Dave's Press, $28.95) won the Vancity Book Prize for best book pertaining to women's issues in 2006.

Herself the oldest of 47 children, Palmer was forced to become the sixth wife of the community's leader when she was 15. Assigned to two other older men after that, she fled in 1988 and has since been profiled on CBC's Fifth Estate.
Debbie Palmer's memoir is dedicated to her own eight children's "unspeakable horrors before I brought them out."; Among many others who contributed to her extensive research, Bramham clearly credits Palmer as well as B.C. author Jancis Andrews in her foreword.

"Except for an angry email from Jancis Andrews in April, 2004,"; writes Bramham, "I would never have written about Bountiful at all. Jancis was responding to a series of columns I'd written for the Vancouver Sun on the illegal trafficking of Asian women and children into Canada.

"'Why didn't I write about Canadian girls being trafficked to become concubines to polygamist men?', she angrily demanded.";

Accordingly, Bramham, an award-winning columnist for the Vancouver Sun, delves into the private lives of Mormon leaders Winston Blackmore-the Bountiful, B.C.-based self-appointed prophet who has had more than 25 wives and sired more than 100 children; Warren Jeffs-who accumulated more than 70 wives in Salt Lake City in the 1990s prior to his recent arrest and convictions; and his father Rulon Jeffs-the patriarch who named the Fundamentalist Church of Jesus Christ of Latter Day Saints.

Daphne Bramham on The Secret Lives of Saints


Daphne Bramham of The Vancouver Sun was the lone British Columbian among three runners-up for the British Columbia National Award for Canadian Non-Fiction in Canada that went to Russell Wangersky for his firefighting memoir, Burning Down the House: Fighting Fires and Losing Myself (Thomas Allen). Here Bramham reflects on the process of writing The Secret Lives of Saints: Child Brides and Lost Boys in Canada's Polygamous Mormon Sect (Random House), her investigation of the Fundamentalist Church of Jesus Christ of Latter Day Saints community in Bountiful, B.C.

As a child, I dreamed of writing books-novels. I chose journalism as a career because I figured that working in newspapers was a great way to learn the skill of putting nouns and verbs together-although you don't get much chance to use adjectives or even adverbs.

And the discipline of daily deadlines helped me evolve from a reporter to a writer. I also rather quickly learned that my imagination is no match for real life. My ability to construct a make-believe world could never begin to compare to the stories in the real world.

In my wildest of dreams, I could never have conjured up Bountiful and the world of fundamentalist Mormonism.

In fact, in May of 2004, when I received an email from Jancis Andrews about polygamy and young girls being trafficked across the Canada-U.S. border to be concubines to older men -all in the guise of religion, I really didn't believe her.

But she convinced me that it was true. And with that, I began a journey into a dark story that had all of the things that my mother had told me were not topics for polite conversation-religion, politics, sex and money.

Before I started writing the book, I'd written close to 100 newspaper stories about what was going on in Bountiful, B.C. within the group- which the lawyers warned me I should never call a cult. But it was only in researching and writing the book that I began to absorb the magnitude of the abuse, the long pattern of abuse and the sheer horror of life in Bountiful.

Because this is non-fiction, not make-believe, I could not have written it without a number of people who not only took the risk of talking to me, but invited me into their homes. Sometimes for days on end, I sat at kitchen tables sorting through boxes and boxes of religious tracts, personal letters, unpublished family histories and photo albums.

I drank gallons of coffee and poured out nearly equal amounts in tears. I met women so badly traumatized that they'd slipped into lives of prostitution, drug abuse and alcoholism. I met boys who were confused and adrift, convinced that they are damned for all eternity and have nothing left to lose.

The voices of the tyrannical god-men wormed their way into my head. But for every sleepless night I had, I knew from the pain-etched faces of the people I'd met that my bad nights were nothing compared to what they had suffered....

It has been my privilege to shine a light on a dark corner of Canada, to press for the rights of the women and children of Bountiful to be respected and protected and to finally see that justice may be done in that community. But that's the chapter that has yet to be written.