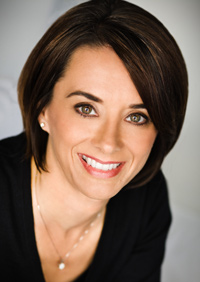 
Born in the Fraser Valley, Vancouverite Connie Braun provides a creative non-fictional memoir of an extended Mennonite family during the 20th century, from eastern European to the valleys of the Fraser River, in The Steppes are the Colour of Sepia (Ronsdale 2008 $24.95). It is historically faithful to documents, letters, old photos and personal testimonies. 978-1-55380-063-7

Articles: 1 Article for this author
The Steppes are the Colour of Sepia: A Mennonite Memoir
Review


In Connie Braun's The Steppes are the Colour of Sepia: A Mennonite Memoir (Ronsdale $21.95) the ignorant armies belong to Stalinist Russia and Nazi Germany, and the darkling plain is in southwest Russia.

The one constant in this harrowing account of one family caught between two nations-belonging to neither but co-opted and terrorized by both-is the Mennonites' trust in God. The heroic figure is a grandfather that Connie Braun never knew, Jakob Letkemann, a preacher, born in 1893.

Mennonite colonies had been organized and productive in Russia ever since Catherine the Great. Hearing of the Mennonites' agrarian habits and indomitable work ethic, lured Letkemann's ancestors from Danzig in 1786, but their moderate prosperity and Russian tolerance did not endure during Jakob's lifetime.

Exemption from military service promised in perpetuity to Russian Mennonites was no longer honored. As a preacher, Letkemann instructed children to tell Communist party comrades, "No, we do not pray,"; and as a father he saw his sons conscripted into military service against their will, exiled to Siberia. One of them was killed fighting for a cause which meant nothing to him.

Letkemann managed to shepherd his family through famine, terror, and displacement but by the time the Second World War ended, and a grueling final flight took them to Austria, he was suffering from cancer. Letkemann died at the age of 58, just before his widow and surviving children departed for Canada. His family had rushed to his bedside in the Austrian hospital, but had arrived too late. He was already in his coffin, a wooden box too small for a tall man, clothed in paper, a penniless refugee.

A man in the next bed told Jakob's son, "Jakob wanted to see you so badly; he always asked if you had come yet. And then...how can it be? When he died, he smiled. I don't understand how a man can die like that-so peacefully.";

Recovering this story was difficult. Braun had only pages from a family Bible, verses written by her grandmother, fragments of her grandfather's memoir that survived only in the edited version of a Canadian minister, memories of surviving relatives, a few artifacts and a collection of photographs. Consequently Braun made herself into an astute reader of photographs, interpreting facial expressions, studying the clothing and the backgrounds, looking beyond the frame.

Of all the photographs in the book, one is more unforgettable than the rest. It's a snapshot showing Jakob Letkemann near the end of his life, probably intended for the emigration papers he was never to use. Braun focuses on it with the intensity of the bereaved willing a subject back to life. The picture is rendered all the more compelling because she places her study of it in the context of a comfortable Canadian domestic scene.

In the narrative Braun simultaneously considers her elegantly groomed father, Jakob's son, who is sitting beside her, in his early seventies. She notes his crisp, pale blue shirt with its front pocket, his lightweight wool slacks, his polished Italian leather shoes.

Then her gaze reverts to the photo of her grandfather, his glassy eyes sunken beneath the bones of the brow, the weary lines etched around the mouth, the frayed neckline of his soiled undershirt made from drab scratchy wool.

"I have known so little about him,"; she writes, "yet, as I inspect the picture, its familiarity is gravity pulling me in. I love him as if I've known him."; It is the great accomplishment of this book that the reader shares her response. With The Steppes are the Colour of Sepia, Connie Braun takes her rightful place alongside Canadian Mennonite writers such as Wiebe, Birdsell, Bergen, Toews, Redekop and Schroeder who have delved deeply into this Protestant Anabaptist sect that broke from the Catholic Church at the time of the Reformation, in the 1500s.

It's a challenging read as Braun abandons a linear narrative to zigzag over time to assemble her grandfather's life through her father's boyhood memories. Past tense represents what is known from the historical record; present tense represents memory and the truth of lived experience. Although distinctions of tense are sometimes blurred, she concludes that "essential truths are sharpened."; Some readers may reject that conclusion, but none will deny the powerful impact of the events chronicled.
978-1-55380-063-7