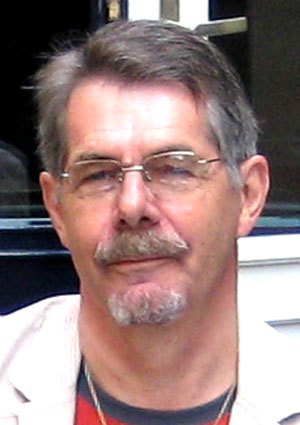 
Born in the Netherlands, Leo Buijs immigrated to Canada in 1978, with his wife and two boys, and lives now in Victoria, B.C. He has traveled all the continents but Australia and Antarctica. He also loves to sail and write. His first book is 50 Best Dog Walks/Hikes around Victoria (Sandhill Book Marketing). He has written for Trips and Journeys, an e-zine, based in Winston-Salem, North Corolina, The Gringo Gazette, an English language paper in Baja California, and The Caplet, a monthly publication of the Pharmacy Department of Saanich Hospital, BC. In 1999, he was featured in the June issue of Boulevard Magazine with winning photographs from Africa and South America.

As of 2010, there were more than 300 different beers brewed in B.C. Leo Buijs's Beers of British Columbia is a full-colour guide that evaluates them and makes recommendations for the novice as well the experienced beer consumer. It comes with a glossary of beer terms and information on how to perform a proper tasting. Buijs includes the history and description of 55 breweries and brewpubs in three regions of BC: the Lower Mainland, Vancouver Island and the south Central Interior.

PLACE OF BIRTH: The Netherlands

EMPLOYMENT OTHER THAN WRITING: Self employed

Articles: 1 Article for this author
Beers of British Columbia: A Guide to Micro and Macro Breweries, Brewpubs and their Beers
Article


Too much beer, too little information. That was the impetus for Dutch-born Leo Buijs' Beers of British Columbia: A Guide to Micro and Macro Breweries, Brewpubs and their Beers (Seaview / Sandhill $19.95). "I realized how difficult it must be for any beer consumer, an aficionado or a novice beer drinker,"; says Buijs, "to wrestle oneself through the many different types and tastes of beer without some guidance."; So Buijs has evaluated more than 300 B.C. beers including Steam Donkey Lager (Comox), Crooked Tooth Pumpkin Ale (Victoria), Anarchist Amber Ale (Penticton), Fog Fighter Ale (Victoria), Sasquatch Stout (Chilliwack), Hangdog Hefeweizen (Squamish), Winter Gale Strong Ale (Victoria), Pompous Pompadour Porter (Nanaimo) and Whaletail Ale (Salt Spring). His guidebook includes a glossary of beer terms, information on how to perform a proper tasting and descriptions of 55 breweries and brewpubs in three regions: the Lower Mainland, Vancouver Island and the south central Interior. Much of the artwork on the beer labels is stunning, worthy of an art gallery exhibit.
978-0-9735527-2-0