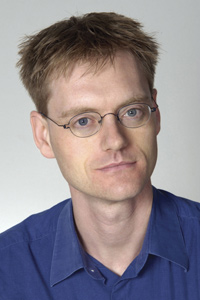 
The main book critic for Georgia Straight in the 1990s, John Burns, teamed with Elizabeth Caton for his first book, Urban Picnic (Arsenal Pulp, $24.95 2004), a light-hearted, illustrated history of the picnic. It is subtitled 'Being An Idiosyncratic and Lyrically Recollected Account of Menus, Recipes, History, Trivia, and Admonitions on the Subject of Alfresco Dining in Cities Both Large and Small.'

"My mother-in-law, Elisabeth Caton, and I had been talking about writing a food book together," he says. "Arsenal approached me about the urban picnic book, and I said only if Elisabeth comes aboard; they said fine." Burns then invited other people associated with Georgia Straight to make contributions such as Jurgen Gothe, Christina Burridge, photographer Phil Chin and illustrator Jen Lyon. "I say in the book that The Urban Picnic is like a picnic itself," he says, "little bits contributed by friendly folks." John Burns has also organized literary events and written freelance articles.

Three years later Burns published a novel about a teenager named Peter who runs away after his father dies suddenly and he accidentally learns he was adopted. In Runnerland (Raincoast 2007). Peter increasingly takes refuge in a psychedelic subconscious world he calls Runnerland. 978-1-55192-957-6

After ten years with the Georgia Straight, John Burns left his position as its books editor at the end of 2007 to become executive editor of Vancouver magazine.