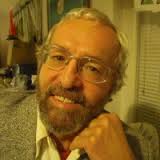 
Bruce Burrows is the author of Blood on the Decks, Scales on the Rails (Sointula: Scintillating Tom 1995), a collection of weekly columns he wrote about fishing on the West Coast for the North Island Gazette. In 2011 he published his first novel, The River Killers, about ex-fisherman Danny Swanson's search for the truth regarding his friend who went missing after taking a strange sea creature to the DFO in Vancouver.

Burrows' latest novel, The Fourth Betrayal (TouchWood Editions $14.95) is a gritty conspiracy mystery set in a Pacific Northwest coastal community. When Ollie Swanson's best friend, Dougie Tarkenen, dies in a canoeing accident, Ollie is devastated. That death gets personal when rumours surface that Dougie was poised to reveal secret tapes of political and financial corruption at the highest government levels. Complicating matters is a long buried childhood secret the two friends shared - a short foray into grand larceny. With the secret out and his life threatened, Ollie must track down the truth to protect his family and himself.