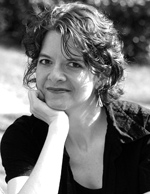 Heather Burt grew up in Montreal and Vancouver. She received her MA from the University of Montreal and has taught writing at Langara College. Her debut novel Adam's Peak (Dundurn 2007) is a cross-cultural family drama about two people who meet at ages six and seven, then are bound together again twenty-five years later. The novel describes life in a Montreal suburb and a Ceylon tea estate at the end of World War II, as well as a small Scottish town in the early 1960s. 1-55002-646-1