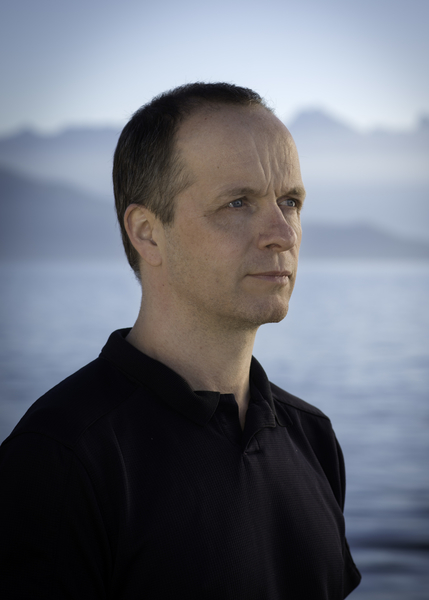 
Mark Cameron left behind his software start-up business and loaded his family into a camper van to lead a simpler life-that was never simple. With two home-schooled children, their journeys across the United States led him ultimately into the jungles of Ecuador. Cameron has transformed and condensed and fictionalized his experiences into a novel, Goodnight Sunshine (Catch Our Drift Productions, $22 2015), about a protagonist named Oliver who possibly discovers a solution to the world's energy problems via a potentially world-changing invention. "This is the story of one man's mid-life awakening,"; says Cameron. "In many ways it reflects my own path toward consciousness, though Oliver's journey takes place over a much shorter timeframe, and with a lot more at stake than my own. The novel covers territory that is familiar to me-both geographically and personally-while exploring potential outcomes that are well beyond the scope of personal experience."

Set in Vancouver, Mark Cameron?s second novel, 17 Weddings, is a romantic comedy that begins when Bernard Kirby receives an invitation for his ex-wife's wedding to his former best friend. To derail the festivities, he enlists the help of his reliable wingman Arnie Ganesh to derail. Their friendship will be tested as Bernard hatches a plan to win back the love of his life. In the process of doing so, he decides to visit the couples from every wedding he has attended. It sounds like a brilliant set-up for a Noel Coward play or a Hugh Grant movie. With a diverse cast of characters who are both ridiculous and real, this story is a wild ride through a life that is as outlandish as it is ordinary. Along the way, 17 Weddings explores the nuances of marriage, friendship and family.


Mark Cameron of Gibsons, B.C. was born in Calgary, Alberta in 1969 and received a Bachelor's degree in Computer Science from the University of Calgary in 1995.