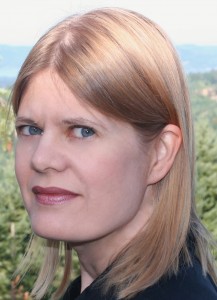 
For her second book, A Disappearance in Damascus: A Story of Friendship and Survival in the Shadow of War (Knopf 2016), Deborah Campbell received the 2017 Freedom to Read Award (presented annually by the Writers Union of Canada for work supportive of free expression) as well as the Hilary Weston Writers' Trust Non-Fiction Prize and the Hubert Evans Non-Fiction. It was also one of ten titles longlisted for the 13th annual BC National Award for Canadian Non-Fiction.

Campbell's story about the political crisis within Syria revisits the 2007 disappearance of her guide and friend, the undercover journalist Ahlam, when she was forcibly taken from her home in Damascus by secret police. Campbell was working in Syria to report on the Iraqis who had fled their homeland after the overthrow of Saddam Hussein; she was also assisting in the founding of a school for displaced girls.

Campbell recalls her journey through fear in Syria as she spends months searching for her friend, leading to a courageous and hoped-for outcome. A Disappearance in Damascus provides a complex depiction of refugee life and the courageous and dangerous work done by war zone "fixers,"; as they help to tell true stories of conflict at the risk of their freedom and lives.

"There is so much to admire in the work of Deborah Campbell,"; says TWUC Chair, George Fetherling. "Whether she is writing about war artists, international care-givers, the bafflingly complex politics of nuclear arms, or the ongoing refugee crisis in the Middle East, she does not shy from controversy, and is devoted to letting all voices find a place on her page.";

Born and raised in Canada, Deborah Campbell has lived in France and Israel. Her work as a photographer and freelance writer has appeared in Harper's, the Economist, Foreign Policy, the Guardian, New Scientist, The Walrus, amongst other publications. Campbell is the winner of three Canadian National Magazine Awards and received a B.C. Arts Council Senior Award for Creative Non-Fiction in 2000. She worked as an instructor at Capilano College prior to teaching at the University of British Columbia.