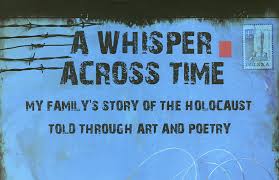 
After listening to a radio program about second generation Holocaust survivors, Olga Campbell started to explore and confront feelings of loss and grief by creating a solo, multimedia exhibition in 2005 combining prose, art and poetry. All members of her mother's family had been murdered in the Shoah but no details had ever emerged. For an exhibition called Whispers Across Time, she began imagining her family's story as best she could as an alternative to knowing nothing. Her exploratory journey into the inner darkness of the Holocaust and her repressed sorrow resulted in her self-published book of the same name, A Whisper Across Time (Jubaji Press 2018). While evoking one family's experience of the Holocaust as an inadvertent legacy of trauma, A Whisper Across Time led to an exhibit and book launch in November of 2018 at the Gertrude and Sidney Zack Gallery in conjunction with the Jewish Book Festival at the Jewish Community Centre in Vancouver. As a multi-dimensional reflection of family losses and inter-generational trauma, it eventually received the Kahn Family Foundation Prize for Holocaust Literature at the Western Canada Jewish Book Awards in 2020. The work has been cited as a healing ritual, a shamanic soul retrieval and a celebration of life. While this is clearly a story of remembering and healing, it is also a cautionary tale asking the reader to look at what is happening in the world today. If it happened before, it could happen again.

Olga Campbell has also published an alphabet book, Graffiti Alphabet (Lion's Gate Press 2009), consisting of her photographs of graffiti in Metro Vancouver to celebrate the creativity and energy of a dynamic urban art form. The 96-page book also doubles as an art book for adults. 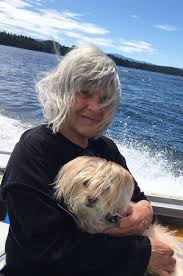