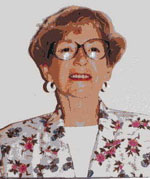 
Peggy Capek's children's book Mirrna and the Marmots was picked up by local First Nation publisher Randy Fred for his new publishing enterprise in the early 1980s. According to Capek, he later sold Theytus Books to the Penticton Band, which retained the name. She says, "Mirrna and the Marmots is about the Vancouver Island Marmots and the gifts that Mirrna left the marmots were those that would preserve them." It's one of the few books in the Theytus Books catalogue that is not by an Aboriginal author.

Capek has also storyboarded for television, designed cards for Pacific Greeting Cards, designed CDs and illustrated a book for an author in Missouri. Trafford is publishing The Story of Esther with her illustrations.