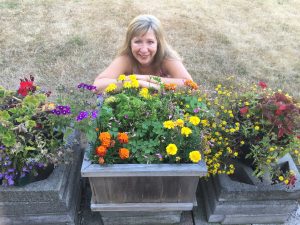 
Winter's gloom spreads; spring fails to arrive. The people of the walled city of Vendonne grow hungry. Whispers of omens flourish. Anyone different stands out in Carol Kinnee's second, indie fantasy novel, A Trail of Embers, in a world of magic and dragons. The protagonist, Meara No Name, has no memory beyond the streets of the walled city. A stolen dragon's egg and the tracker responsible for its theft will force her to take an epic journey that will fan the embers leading to her past. Will the ancient Prophecy of the Egg be fulfilled? Carol Kinnee lives in Mission.