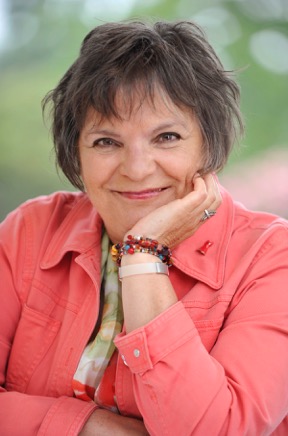 
Heart disease is women’s #1 killer. After surviving what doctors called a “widow maker heart attack” that was misdiagnosed during her first trip to the ER, Carolyn Thomas became a women’s heart health activist. She was the first Canadian ever accepted to attend the WomenHeart Science & Leadership patient advocacy training at the world-famous Mayo Clinic in 2008. In the following year, she was named one of 20 “Women’s Health Heroes” by 'Our Bodies Ourselves' of Boston in recognition of her community activism in support of women’s heart health. She commenced a blog called Heart Sisters with millions of readers around the world. In 2015, she was approached by Johns Hopkins University Press to write a book based on her 800+ Heart Sisters blog articles. A Woman’s Guide to Living with Heart Disease” was launched in 2017.  Since 2012, she has also served as a patient reviewer for the British Medical Journal for cardiology papers submitted to the journal for publication. Born in St. Catharines, Ontario, Carolyn Thomas of Victoria first came to Vancouver in 1975 before moving to Vancouver Island in 1975. Her 35+ year career in public relations and communications has spanned corporate, government and non-profit sectors in British Columbia -- ranging from Mercedes-Benz to Victoria Hospice.  For ten years she has made Heart-Smart Women presentations, described as “part cardiology bootcamp and part stand-up comedy.” With Jill Stewart, she co-wrote Island Treasures (Harbour Publishing 1986, 1990).