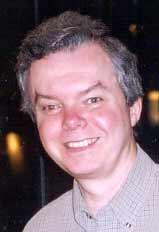 
Prior to becoming the publisher of Beach Holme Publishing in 1999, Michael (M.R.) Carroll has variously worked as a fruitpicker in England, a farm labourer in Manitoba, a theatre critic and magazine editor in Ottawa, and a teacher in Spain and Zimbabwe. He has published short stories in literary journals, edited numerous books on a freelance basis, and worked as a Managing Editor at Raincoast Books in Vancouver and Senior Editor at Stoddart Publishing and House of Anansi Press in Toronto. In 1984 he won First Prize in the University of Toronto's Hart House Short Fiction Competition. M.R. Carroll's first murder mystery, Dead False (Mercury 1998 $18.95), follows unemployed journalist Mickey Finnegan's search for a former roommate through a world of dirty videos, vicious academics and an ancient Shakespearean manuscript. Carroll has also published The Concise Encyclopedia of Hockey (Greystone Books).