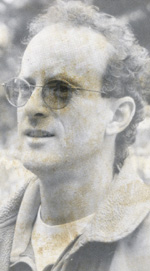 
Born in Summerland and raised in the Okanagan, Chalmers has lived on Vancouver Island since 1979. He has worked in construction, landscaping, aircraft freighting, fruit picking, childcare, switchboard operating and underground mining. From 1982 to 1989 he was a Corrections Officer at the Nanaimo Correctional Centre. Since then he has worked as a guide for Tofino Expeditions where he leads sea kayak tours on the coast of British Columbia, Haida Gwaii and Mexico. He has also been an instructor for Brentwood College School and Malaspina University-College Recreation and Ecotourism. He is the author of George Mercer Dawson: Geologist, Scientist, Explorer (XYZ Publishing, 2000) and No More Worthy (Oolichan Books, 1996). The former is a biography for young readers of the remarkable author who surveyed the 49th parallel and was the finest field scientist of Western Canada; the latter is a first novel based on an actual incident that occurred in the Okanagan Valley in 1912. A young man named Boyd James held up a general store, was captured and escorted from Penticton to Kelowna aboard a sternwheeler. During the trip, James shot the escorting constable and he escaped with a man named Frank Wilson. Rumours that Boyd James was related to the Jesse James, encouraged by Boyd James, fueled excitement until he was re-captured.