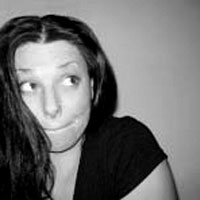 
As a graduate of the UBC Creative Writing, Tanya Chapman published her first novel, King (Coach House 2006), a coming-of-age story about a young woman who moves from suburbia to a trailer park where she turns into a biker chick, enamoured of a bad boy named King. Her short story, "Spring the Chick," won This Magazine's Great Canadian Literary Hunt and she wrote two half-hour films prior to the release of her novel. "The book is about that point in your life where you take a good hard look at yourself and decide if you are going to stay on your current track or if you want to shake things up a bit," she told one interviewer. "I think people do this many different times throughout their lives. It's about trying to act on that decision."