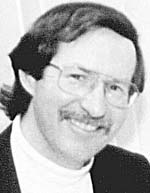 
Professor and Shrum Chair in Science at SFU, Clague has worked for the Geological Survey of Canada in Vancouver for over 25 years and is an emeritus scientist at the GSC. Co-author of Destructive Mass Movements in High Mountains, he has been awarded the E.B. Burwell Jr. Memorial Award for his contribution to engineering geology in 1988 and the W.A. Johnston Medal for Quaternary research in 1995. In 2003 he co-authored Vancouver, City on the Edge.


Earth scientist John Clague's latest book Vancouver, City on the Edge is one of four books short-listed for the $2,000 City of Vancouver Book Award. It is awarded to writers whose work is deemed to have made the greatest contribution to increasing understanding and appreciation of Vancouver, its history and culture. Clague co-authored City on the Edge with Bob Turner, a Geological Survey of Canada researcher. Published by Tricouni Press earlier this year, City on the Edge is an easy read and filled with colour photos of the Lower Mainland's dynamic geological landscape. It is the first book in Canada to teach geology by tackling local issues. "For example, we talk about the importance of making wise land use decisions in an earthquake prone area, such as Vancouver. We also raise questions about heavily populating flood prone areas, such as the Fraser-Delta," says Clague, a Canada Research Chair in Natural Hazards research.