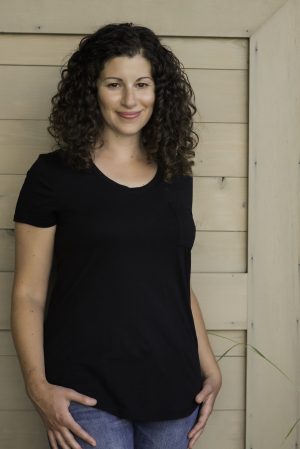 
Claire Sicherman grew up reading Anne Frank and watching Schindler's List with almost no knowledge of the Holocaust's impact on her specific family. Though most of Sicherman's ancestors were murdered in the Holocaust, her grandparents didn't talk about their trauma and her mother grew up in Communist Czechoslovakia completely unaware she was even Jewish.

Now a mother herself, Sicherman uses vignettes, epistolary style, and other unconventional forms in Imprint: A Memoir of Trauma in the Third Generation (Caitlin 2018) to explore the ramifications of the inter-generational transmission of trauma. In essence, we learn that genes can conceivably carry memories that are passed down as a genetic imprinting. We learn the word holocaust is derived from the Greek word holos or "whole" and the word kaustos, to burn. We learn Claire Sicherman is named after her great-grandmother, Klára, who lived in Prague but was killed by the Nazis in August 1942 in Belarus. Whereas family lore suggested Great-grandmother Klára had been shot in the back of the neck, Sicherman scoured the internet to discover Klára was more likely killed in a van outfitted out with poison gas. There is no known marker or gravesite. Sicherman's son, Ben, was named after her husband's favourite uncle, Ben Zion, who survived the Holocaust. Through a series of journal entries and letters to her son, we learn how she wrestled within herself, trying to discern the best way to pass along the ancestral legacy of grief, and ultimately breaking the silence surrounding her family's stories.

In his review of this book for The Ormsby Review, Mark Dwor, a member of the Vancouver Holocaust Education Centre, writes: "In the Book of Exodus, Jews are required to tell their children every year about how God freed them from slavery and the going out from Egypt. One of the questions that comes up in this annual re-telling is, 'what does it mean to be freed from slavery?' Is this simply the opportunity to choose to be freed from something? Or is it, more purposefully, the gift of allowing someone to do something with this freedom? Claire Sicherman has faced this conundrum head on and has chosen the opportunity to analyze, to prevail, and to know that she?s not an unhealed victim of history." 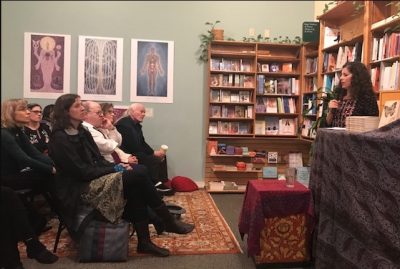 Claire Sicherman (above, at Banyen Books in Vancouver, 2018) is a graduate of the creative non-fiction program at The Humber School for Writers. Her work has appeared in Entropy, The Rumpus, and in the anthology Sustenance: Writers from B.C. and Beyond on the Subject of Food. She lives with her husband and son on Saltspring Island, British Columbia. 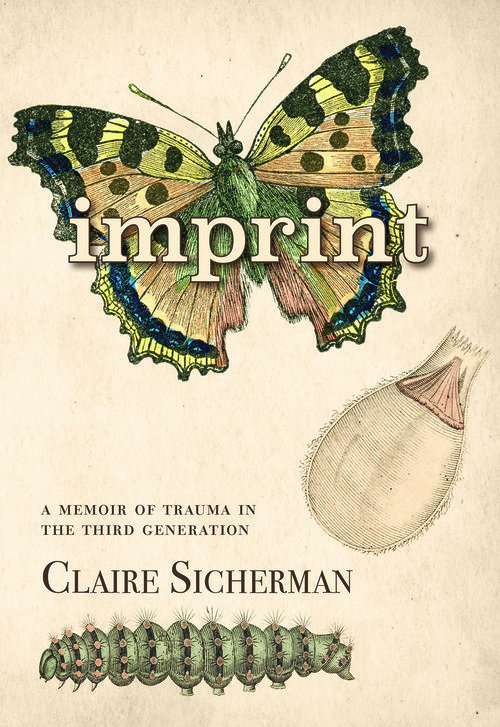