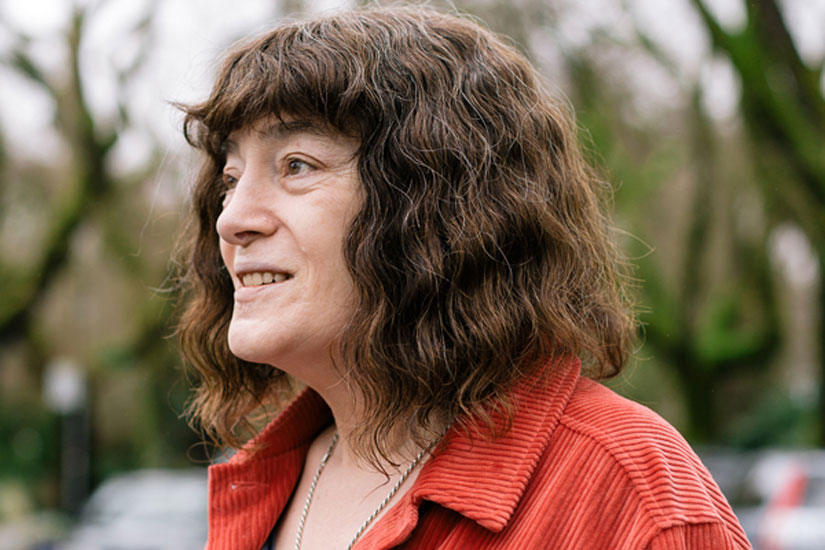 
Knows as the cartoonist Arn Saba before transitioning to Katherine Collins, Katherine published The Collected Neil the Horse (Conundrum 2017). Neil the Horse ran 15 issues in the 1980s with the tagline - Making the World Safe for Musical Comedy. The cartoon carved out a niche amongst the punk-influenced comics of the time, owing more to Carl Barks and Fred Astaire. Quill & Quire magazine wrote that "The book's most uncommon feature was the sheet music for original songs Saba wrote as a soundtrack to the new Neil stories in each issue. A two-issue tribute to Fred Astaire featured not only several new songs, but extensive dance numbers." There is an excellent biographical piece on the internet from Passport2017 by Conan Tobias.


Arn Saba Jr. was part of the Saba family in Vancouver. According the website of historian Chuck Davis, his grandfather was silk merchant Michael Saba who died in Los Angeles on July 10, 1955. Born in Beirut, c. 1861, Michael Saba arrived with his family in Nanaimo, B.C. in 1888. According to Constance Brissenden, a contributor to Chuck Davis' various histories of Vancouver, Mike Saba moved to Vancouver where he opened Saba Brothers on West Hastings with younger brother Alexander (born c. April 7, 1881 in Beirut, died in 1970 in Vancouver) in November 1903. According to Brissenden, "Two years later, the store moved to the 500 block Granville. Mike retired in 1921, selling his shares to Alex. By 1940, Saba's was the largest retail house in Western Canada specializing in silks. Although hit by shortages in WWII, the business survived. In 1942, there was a riot when 500 women stampeded the store to buy 300 pairs of nylon stockings (no one was hurt). In 1947, the company built a new five-storey $250,000 store at 622 Granville. In 1954 Saba’s opened a Victoria outlet. Alex's three sons, Edgar, Clarence and Arnold, later managed the business.” When his entrepreneurial grandfather realized his grandson was not exhibiting conventional male behaviour, he completely rejected his grandson. Arn Saba Jr. had some social success as a guest on CBC's Morningside with Don Harron.