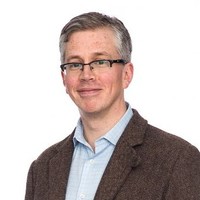 
People in the Pacific Northwest have been warned about The Big One, a massive earthquake, likely followed by a tsunami, which will cause billions of dollars and many deaths. On Borrowed Time: North America's Next Big Quake (Goose Lane $22.95) is Gregor Craigie's deep dive into the science behind earthquakes. In addition to interviewing scientific experts, he has collected first-hand accounts from people who have survived deadly quakes to provide answers for what we can do to prepare now for this major natural disaster that is coming -- it's only a matter of time. Craigie is the host of CBC Radio's On the Island in Victoria, B.C. He has reported for CBS Radio and has been a former BBC journalist, who read the news to millions of American listeners of The World on Public Radio International.
978177310206