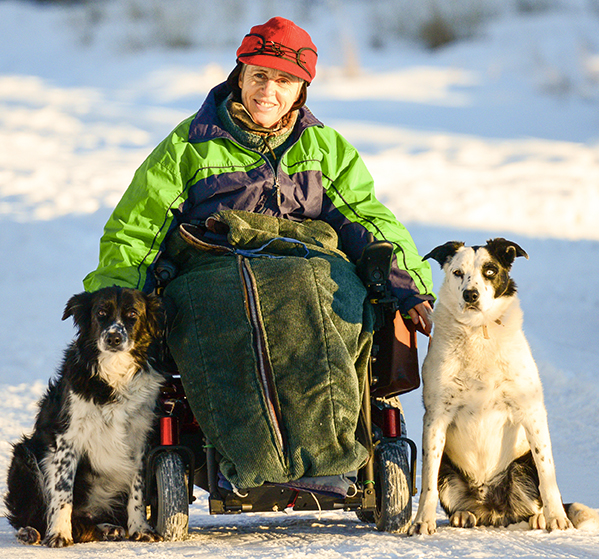 
One nightmarish day, Holly Crichton got a call from her son Mat with the news: "I just shot Dad." It was no surprise to their neighbours as it was common knowledge Holly and her sons had been victims of her abusive husband for years. The shocker was that police investigators characterized the elderly father as the victim and Mat as the aggressor. Holly's community came to her's and Mat's defence and a first-degree murder charge was reduced to manslaughter. No Way to Run (Caitlin 2016) is Holly Crichton's story of courage and tenacity in mounting her son Mat's defence.

Born in 1958, Holly Crichton worked as a professional horse trainer and jockey, until a racing accident in 1996 left her paralyzed. She has two sons and the youngest, Mat, was severely brain injured in a car accident in 2004. Mat lives next door to Holly with his wife and two children, on their cattle ranch in northern Alberta. No Way to Run is Holly's first book.