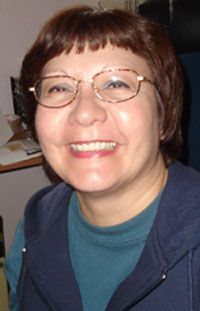 
One of the few Belizean-British Columbian based authors, Landa Cross produced a Maya Route Series Magazine in 2002, the Maya Latin and Caribbean Routes Magazine in 2000, a bilingual language course (1990) and an English-Spanish newspaper. She has been involved in export research to Belize, Mexico and Central America for 20 years. In 2015 she was involved in a plan to make a subdivision in the Toledo district of southern Belize.

Articles: 1 Article for this author
Life in Belize
commentary (2005

I came to live in the Caribbean country of Belize three years after it became independent from the United Kingdom; I was accompanying my second husband, Rene Estrada, who was accredited as General Consul of El Salvador to Belize from 1983-1989. The diplomatic missions accredited to Belize in 1983 were The Embassies of Great Britain, France, The United States of America, Mexico and Panama. The rest were the Consulates of Israel, Lebanon, India, El Salvador, Honduras and Costa Rica; also several Caribbean Missions. Those days, there were no diplomatic relations with Guatemala due to a territorial "differendo".

I have kept busy writing English/Spanish Educational Books from 1973 up to now. Life in the tropics has no comparison... It was adventurous living in Belize. I enjoyed frequent trips in smaller planes, especially the sensation of freedom of the immensity of the sea. I also discovered that majority of plane pilots suffer from loneliness. I knew Belize before when I was a stewardess, as we used to stop at Phillip Goldson Airport for a couple of minutes in our way to Jamaica and New Orleans. I always had the sensation that it was a wild area from the view I had from the plane. I could never have imagined that one day I was going to recover my peace of mind living in Belize and that later I will lose it again to accomplish a new vision: THE MAYA ROUTE.

We attended important events in Belize with Rene, especially during 1985 when we were invited to a Reception by the Governor, Doctor Dame Minita Gordon to be introduced to Queen Elizabeth of England. At a later time, we were honoured to attend a reception when the Duke of Edinburgh visited Belize. I always kept a special admiration for the Duke for being an excellent jockey. Also, I would never forget when I met the Archbishop of Canterbury; during a reception I confessed to him that I was confused about my catholic faith, due to the fact that the majority of Belizeans belong to Protestant Churches. But he was brief, he said: "do not worry about it, as both Catholics and Protestants believe in God".

Rene always acted happy thinking only to live for today. Actually, his vision was to be able to make it through another day due to his permanent state of medication. Many renowned Central American doctors treated Rene, before his final successful surgery At Mount Sinai Hospital by Doctors Jenkins and Osserman of the Myasthenia Gravis Foundation of New York. Rene survived until 1990. The millionaire, Onassis, died from it; Mohammed Ali suffered it too. His brother, Armando, and his sister, Irma Ragazzone, were expecting that Rene could die any moment due to his medication condition. Rene Estrada was buried in San Salvador in the company of friends and family members. No honor was presented to him; even he was another Salvadorian Hero.

He worked hard as a diplomat to solve the problems of Salvadorans who immigrated to Belize from the El Salvadoran war. He sent many families to Canada when that country was offering asylum to Salvadorans refugees wanting to join their labor forces. The program "Valley of Peace" in Belize was one of his initiatives approved by the Honorable Prime Minister George Price that benefited 500 Salvadorian families with land lots. Mr. Price, one of the Fathers of independence of Belize and founder of the PUP Party, appointed me in 1992, as honorary Spanish translators for official government news. His brother Dr. Price was our family doctor in Belize.