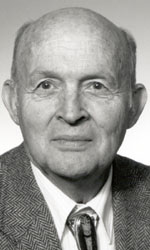 
In his book Malaspina and Galiano, Cutter assembled a complete record of Spanish voyages on the West Coast in 1792 and 1793. The Spanish captains ranged as far north as the Queen Charlottes Islands. Cutter has also edited a translation of TomÃ¡s de SurÃ­s' Quaderno que contiene el Ramo de Historia Natural y diario de la Expedicion del circulo de Globo...1791. Cutter is credited with awakening English language scholarly interest in the remarkable life and achievements of Alejandro Malaspina who had been unjustly overlooked by previous historians such as J.C. Beaglehole, who dismissed Malaspina in 20 lines within his third edition of The Exploration of the Pacific in 1966, and Ernest S. Dodge who ignored him completely in Beyond the Capes: Pacfic Exploration from Captain Cook to the Challenger (1776-1877), published in 1971. Previously historian Henry R. Wagner had concluded, "It cannot be said that Malaspina achieved any great success."

Journal of Tomas de Suria of His Voyage with Malaspina to the Northwest Coast of America in 1791 (Fairfield, Washington: Ye Galleon, 1980. - Editor.