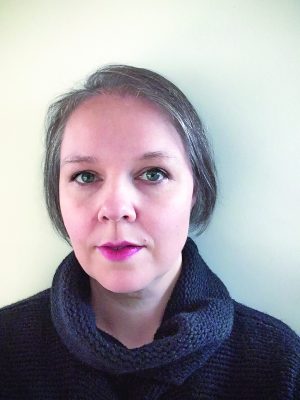 
The thirty-four polygamous wives of Joseph Smith, founder of The Church of Jesus Christ of Latter-day Saints, provide the fictitious, poetic monologues for Marita Dachsel's Glossolalia (Anvil $18), an exploration of mid-century Mormon America by a self-described agnostic feminist. Smith was assassinated when he ran for the presidency of the U.S. in 1844. Dachsel includes an appendix listing the 34 wives, their ages and marriage dates.

Marita Dachsel's third poetry collection, There Are Not Enough Sad Songs (University of Alberta 2019), explores parenthood, love, and the grief of losing those both close and distant.

Marita Dachsel was born in 1974 and raised in Williams Lake. She has lived in Kamloops, Dawson City, Auckland and Montpellier, France. She has an MFA in creative writing from UBC and has been published widely in Canadian literary journals. Her poetry has been shortlisted for the Robert Kroetsch Award for Innovative Poetry, the Acorn-Plantos Award for People?s Poetry, and the ReLit Award. Her play Initiation Trilogy was nominated for both a Jessie Richardson Theatre Award for Outstanding Original Script and the Critics' Choice Innovation Award. She currently lives in Victoria with her family.