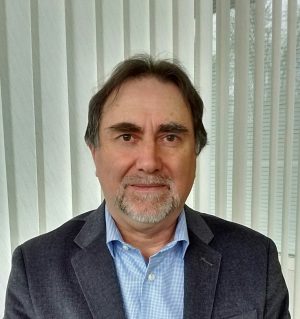 
Vittorino Dal Cengio has mainly published in Italian with the exception of On the Devil's Tail in Combat with the Waffen-SS on the Eastern Front 1945, and with the French in Indochina 1951-54, edited by Paul Martelli (England: Helion, 2015).

He moved to Canada in 1977 after military service with the Italian Alpine Corps. He has written books about climbing in the Dolomites, published during the 1980s, followed by six books about social history. He holds various technical diplomas from Italy and a BA (joint major in French, History, Political Sciences) from Simon Fraser University.

?It is very important for me to write about the joy and, mostly, tribulations experienced by members of my family during the two world wars,? he commented. ?I have heard countless times their recounting of what was life in those times at the front during bloody battles and at home and I have never ceased to marvel at their courage, resilience, patience, faith and hope in a better future for themselves but especially for their progeny.

?What they have endured is today hastily dismissed as part of turbulent times of war but their unique experiences, from a poor people point of view, the consequences of which invariably changed the course of their lives, cannot so simply be forgotten. What we cannot find on history books is told through their live voices, letters, diaries and memoirs and all this is primary source, a detailed legacy of inestimable value for generations to come.

?It would be very sad and unwise for us if their version of events dissolves from our collective memory. Hence the importance for me to be a little bridge connecting their disappeared world to our present life.?

#1 Biography. Deals with more than 130 free climbing in the Italian Dolomites by S. Casara, a lawyer, cinematographer, climber and prolific author, from 1921 to 1962.

#2 Social history. The hilarious author?s youth at the end of the 50?s and beginning of the 60?s in a small village in northern Italy, between school, church and play.

#3 Social history, History. A trilogy concerning two sisters and a brother from 1894 to 1940. One stays in Italy bearing daily tribulations, the other goes to China at 26 as a nun and the brother fights on three major Italian fronts during WWI.

#4 and #5 History, social history. The combat life of a 15 years old Italo-German Waffen-SS in Pomerania and then in Indochina at Hanoi, during the losing struggle against the communist Soviets and Viet Mihn.

#6 A romance based on real historical events. A young soldier, then a partisan fighting the Germans in Italy during WWII, is torn between the love for a girl whose family saved him from execution by a firing squad and his duty as a combatant for the liberation of his country.

#7 History, social history. The memoirs, letters and diaries of a pluri-decorated young soldier fighting on the three major fronts in northern Italy during WWI. Basically, the updated and revised third chapter of spes.