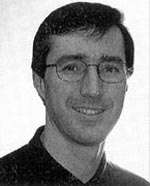 Review of the author's work by BC Studies:
UBC: The First 100 Years


When Mike Smith was leading three carloads of his University of British Columbia colleagues and students to hear a prominent biologist speak in Seattle, a bemused American border guard asked the driver of the third car, "Just what in the hell is an allosteric enzyme?";

Although the science-challenged reader of No Ordinary Mike: Michael Smith, Nobel Laureate (Ronsdale $24.95) sometimes shares that border guard's bemusement, this biography has an appeal that goes beyond the mysteries of the gene.

Eric Damer & Caroline Astell's No Ordinary Mike is an uplifting story of extraordinary achievement, hard work, an ability to overcome setbacks, and a passionate dedication to science.

Michael Smith did it the hard way.

Born in 1932 in Lancashire, the have-not region of England, Michael Smith grew up in a working class world populated largely by coal miners and factory workers with rough manners and a dialect considered comical and uncouth. By passing an examination at the age of eleven he qualified for a grammar school that would prepare him for university entrance.

The son of a market gardener, when Smith entered an elite school with the sons of professional men he became keenly aware of his lower social status. The discomfort experienced by any working class child in similar circumstances varied according to the family's economic means, the child's ability to adopt middle class manners and speech, and the sensitivity (usually not great) of classmates and teachers.

Mike Smith emerged from his seven-year ordeal with a deep-rooted social insecurity and a first-rate education. The grammar school survivor of his day was well-grounded in the arts and sciences, trained for disciplined intellectual work, and learned the ability to write well. Smith's writing skills made him an expert in drawing up grant proposals-an invaluable asset in the operation of a science laboratory.

Smith's ability in the sciences qualified him for Cambridge, but he did not have the required Latin credit. He went instead to nearby Manchester where his work was less than brilliant. With a second-class degree, he was admitted into the doctoral program and completed the degree with the all-too-familiar agony caused by an absentee and otherwise uncooperative dissertation supervisor. Possibly that experience accounted for his conscientiousness when he became a supervisor to others.

Aided by years of publicly-funded education in Britain, Smith became part of the brain drain from England when he was recruited to UBC at the urging of Har Gobind Khorana. "I heard, in the summer of 1956, that a young scientist in Vancouver, Canada, Har Gobind Khorana, might have a fellowship to work on the synthesis of biologically important organo-phosphates. While I knew this kind of chemistry was much more difficult than the cyclohexane stereochemistry in which I was trained, I wrote to him and was awarded a fellowship after an interview in London with the Director of the British Columbia Research Council, Dr. G. M. Shrum.";

Smith planned a year's stay in Canada but fell in love with Vancouver and stayed there for the rest of his life. He was particularly lucky in his brilliant supervisor- Khorana. Unfortunately, not everyone recognized Khorana's brilliance. UBC was unwilling to support his research and, as a consequence, Khorana moved to Wisconsin.

The 35 years that Smith devoted to research in biochemistry and molecular biology left a rich legacy. He launched UBC's internationally acclaimed Biotechnology Laboratory; he became a powerful advocate for science, influencing national policy and helping to establish Canada's Genome Sciences Centre; and he became responsible for training future scientists.

The biography offers ample documentation of Smith's effectiveness as a teacher and colleague receives because both Smith and David Suzuki were Ph.D. supervisors to one of its authors, Caroline Astell, who became one of Smith's colleagues.

Generations of university graduates have paid tribute to Smith as a clear, organized lecturer and were grateful that he instilled in them the intellectual tools needed to solve problems rather than requiring them to memorize and regurgitate information. But these very qualities alienated some students, and he was constantly pained by the stream of negative evaluations of his teaching by undergraduates in the Faculty of Medicine. Like many of his colleagues in biochemistry, he felt that medical students were too anxious to become physicians, and failed to appreciate the value of the basic sciences.

Smith was 61 when he became the co-recipient of the Nobel Prize. With typical generosity, he invited a number of his UBC colleagues along as his guests for the awards ceremony in Sweden, paying all their expenses. Since Caroline Astell was among them, she includes a first-hand behind-the-scenes account of the events in Stockholm. Smith, who could hardly conceal his pleasure, conducted himself with great dignity, unlike his co-recipient who climbed on the table at one party and mocked the Royal Family.

One half of Smith's Nobel Prize money went to support post-doctoral fellowships in schizophrenia research; the other half went to the Vancouver Foundation to fund public science education through Science World and the Society for Canadian Women in Science and Technology. Several of his doctoral students and some of his most important collaborators had been women, and he recognized that as scientists they faced many obstacles not encountered by men.

Smith had only seven years in which to relish his status as a Nobel laureate and to use its prestige to further scientific education and his favourite causes. A month after he died in 2000, some 1,000 people from Canada, England and the United States gathered to honour his memory.

The son of a Lancashire grocer had, as one of his colleagues put it, "left big Birkenstocks to fill.";