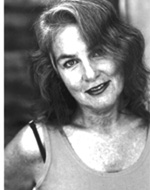 
Long before the remains of missing women were found on Robert Pickton's pig farm, Mayor Philip Owen and the police were reluctant to accept that the disappearances of sex trade workers could be linked. Jamie Lee Hamilton [pictured] dumped a box full of women's shoes on the steps of Vancouver City Hall-and the rest is grim history. Activists such as Hamilton, poet Bud Osborn and MP Libby Davies ultimately convinced Mayor Owen to become part of solutions in the Downtown Eastside instead of part of the problem. Having stymied the investigation for years, Mayor Owen was ironically portrayed as a hero in filmmaker Nettie Wild's riveting documentary about the Downtown Eastside. Meanwhile malcontents such as Hamilton remain stigmatized as hotheads. Hamilton worked in the sex trade for ten years before she became a transgendered advocate for sex trade workers in the Downtown Eastside.