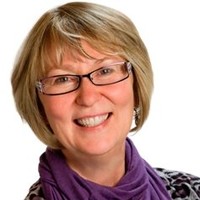 
Pauline Daniel was always impatient to hold her grandson Jack. "I asked too often and probably came on too strong,"; she writes in Tuesdays with Jack (Granville Island $18.95).

She wanted to be with him more than with his parents. But the other grandmother had come all the way from England to help her daughter. Eventually her son and daughter-in-law agreed that Daniel could babysit one day a week.

She began spending Tuesdays with Jack when he was still an infant. In her memoir, Daniel recalls how this routine continued as he entered kindergarten. It was around this time that she began Facebooking her friends, sharing funny or wise things her grandson had done and said.

"How strong are your muscles, Buba?"; he asked.

She proudly flexed her bicep.

As she is getting her grandson ready to go home, he dawdles, so she tells him it's time to clean up. "I can hear,"; he says, "but I'm not listening.";

Jack was very observant at age five, with no filter. He often examined his Buba closely, noticing her face, her words, and her laughter.

Daniel discovered she was spending "quality time"; with Jack in a way that she hadn't done with her son. Freed from the anxiety of constant parenting, she felt as if her appreciation of precious moments was heightened.

One Tuesday evening, Jack's parents sent him a selfie and let him know they were on the way to get him. He kissed the phone. It's these precious moments that are captured in Tuesdays with Jack.

Eventually Jack notices his Buba is writing down things. "Are you going to write a book about all the funny things I say, Buba?";

"Oh, just anybody. I'll sell them at my lemonade stand.";

Buba's Facebook readers told her she should consider following Jack's advice. The result is a nice little book, modest but true, by an observant grandmother who happens to live in the Kootenays.

Of course, there are billions of grandmothers-and probably more than a few grandfathers-who might have considered a similar memoir. But, as Daniel will be the first to tell you, there is only one Jack.

Now the unexpected bonus of grandparenting-when she feels free, totally present and having fun-has motivated Daniel to share her Tuesdays with Jack at lemonade stands. Beyond cute anecdotes, she also wants to share a message about grandparenting that is serious.

"I think it's an anti-aging formula.