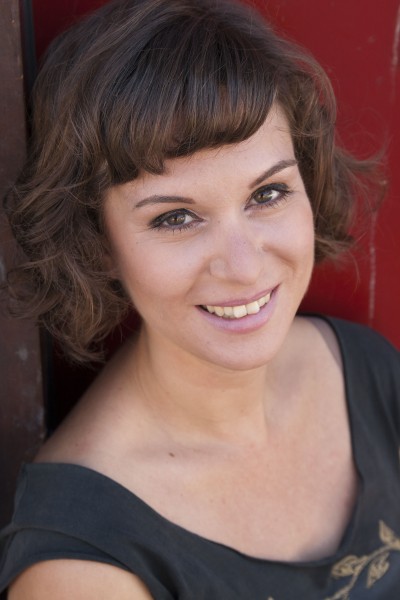 
Born in Terrace and raised in Cranbrook, Leesa Dean later lived in Montreal where she attended Concordia University. A graduate of the University of Guelph's Creative Writing MFA program, Leesa Dean has been been a finalist for the Irving Layton Award, the Litpop Award and the Quebec Writing Competition; as well as an editor for The Humber Literary Review and and a contributor to The New Quarterly. To promote herself, she generated a website with a blog designed to discuss "RANDOM ENCOUNTERS, CHURROS, SASQUATCHES, AN AGING CAT NAMED BALOU, URBAN CANOEING, BILINGUALISM, THINGS THAT HAPPENED BUT SHOULDN'T HAVE AS WELL AS THINGS THAT SHOULD HAVE HAPPENED AND DID."

While teaching English and Creative Writing for Selkirk College in Nelson, B.C., she has releasd her first fiction collection, Waiting for the Cyclone (Brindle & Glass 2016). The thirteen stories reveal women outside the boundaries of conventional propriety. For instance, "Mary, a closet drinker, leaves her children with Debbie, a seemingly perfect housewife who shoots pharmaceuticals at night. Alison vacations with her husband, but wakes up in the tattooed arms of another man. Donna lies to her family about volunteering in Afghanistan so she can parasail with a lover in Turkey." In other words, women behaving as badly as men. 978-1-927366-50-9 $19.95


Leesa Dean's Waiting for the Cyclone describes how contemporary girls and young women are mostly failing to establish stable relationships. The millennials in her thirteen stories are yearning to find dependable and loving partners, but instead they encounter faithless lovers, sexual predators and abusers who offer no shelter from the coming storm. Here Joan Givner responds to Dean's debut collection.

Leesa Dean's first story, 'The Cyclone,' sets the tone. Increasingly severe weather conditions are a given for us all; at the same time 'The Cyclone' is also the name of a Coney Island roller-coaster that offers the most terrifying experience of danger in an amusement park.

As the narrator and Mike, her lover, stand in line to ride on The Cyclone, they watch the couple ahead of them, who are deaf, incongruously matched in size, shape and skin colour, and yet they appear to be happily married; they communicate vigorously in sign language. Mike, who believes in signs, takes them as an auspicious omen that he and the narrator will have a similar enduring relationship.

Like other lovers in these pages, initial contact was made through the internet. At their first meeting, they kiss long and passionately and become a public spectacle. A voice in the crowd cries out, "Look, they're in love,"; as if something miraculous is taking place. In the words of T.S. Eliot, "Signs are taken for wonders."; At the end of the ride, a tragic incident augurs a different outcome. The Cyclone is told from the point of view of a narrator two years after the carnival ride.

ded by 'Shelter from the Storm'-a title that gains some unanticipated topicality from the Nobel Prize award for literature going to Bob Dylan. The refrain from his lyric for a song of that same name is an invitation from a woman to a broken man, "Come in... I'll give ya shelter from the storm.";

We meet Chelsea who is sitting out a hurricane in Halifax, anxiously awaiting the return of her lover. They had a brief, intense love affair in Mexico, and she fondly remembers the night they took shelter from driving rain inside a temple among the ruins of an ancient Mayan civilization.

Marco is on a cargo ship and repeatedly postpones his return, saying that he needs to make more money. Meanwhile, Chelsea is withholding a secret from him: she is pregnant. She is keeping the news from him until she can tell him face to face in order to gauge his reaction.
During the Halifax storm, she meets Patrick who is secretly planning to leave Canada for good in order to escape the stifling love of his mother. Shocked by his ruthless treatment of his mother, Chelsea tells him, "I hope I never have a kid like you.";

Marco has returned to port and is heading to the airport to fly to Halifax. He is carrying a ring, engraved with part of a Spanish phrase, eres mi media naranja, meaning "you are the other half of my orange.";

As in the first story, there are ominous signs. Marco might well be shocked to discover that the symmetry of their relationship will be changed by the birth of a child. Meanwhile, Chelsea's words "I hope I never have a kid like you,"; hover in her mind.

Between these two stories, eleven others ring the changes on the torments of love. Flight from impossible circumstances is a recurrent motif. Some characters cross Canada or leave the country altogether, seeking escape. Latin America is the destination of choice, though some head to more dangerous places in the Middle East. The mothers in several stories, suffering from an unspecified but unbearable malaise, take refuge in drugs or alcohol, or abandon their families. Women who drink become easy prey in a world of sexual predators.

Amy in 'Proverbs' seeks revenge for her lover's infidelity by having a casual date, only to find she has linked up with a sadistic rapist. Leslie, a college teacher, terminates an affair involving sadomasochistic games, and is stalked by her former partner. Alison, on holiday in Mexico with her husband, drinks too much and wakes up in bed beside a stranger, unable to recall what happened between them.
Leigh, who has recovered from being dumped, is persuaded to travel to Guatemala with her former lover, and finds herself once more abused by him. Erika feels bereaved after losing the friendship of her lover after she ends their sexual relationship. He drifts away from her after marrying and becoming a devoted father.

In general, friendships seem to fare better than love affairs. A teenage girl, who leaves her group home to cross the country in search of the mother who abandoned her, finds a supportive friend in a homeless street performer, temporarily living in a bus.

Millennials these days, it would appear, yearn for love only to discover that it offers no safe haven from the coming global environmental catastrophe.