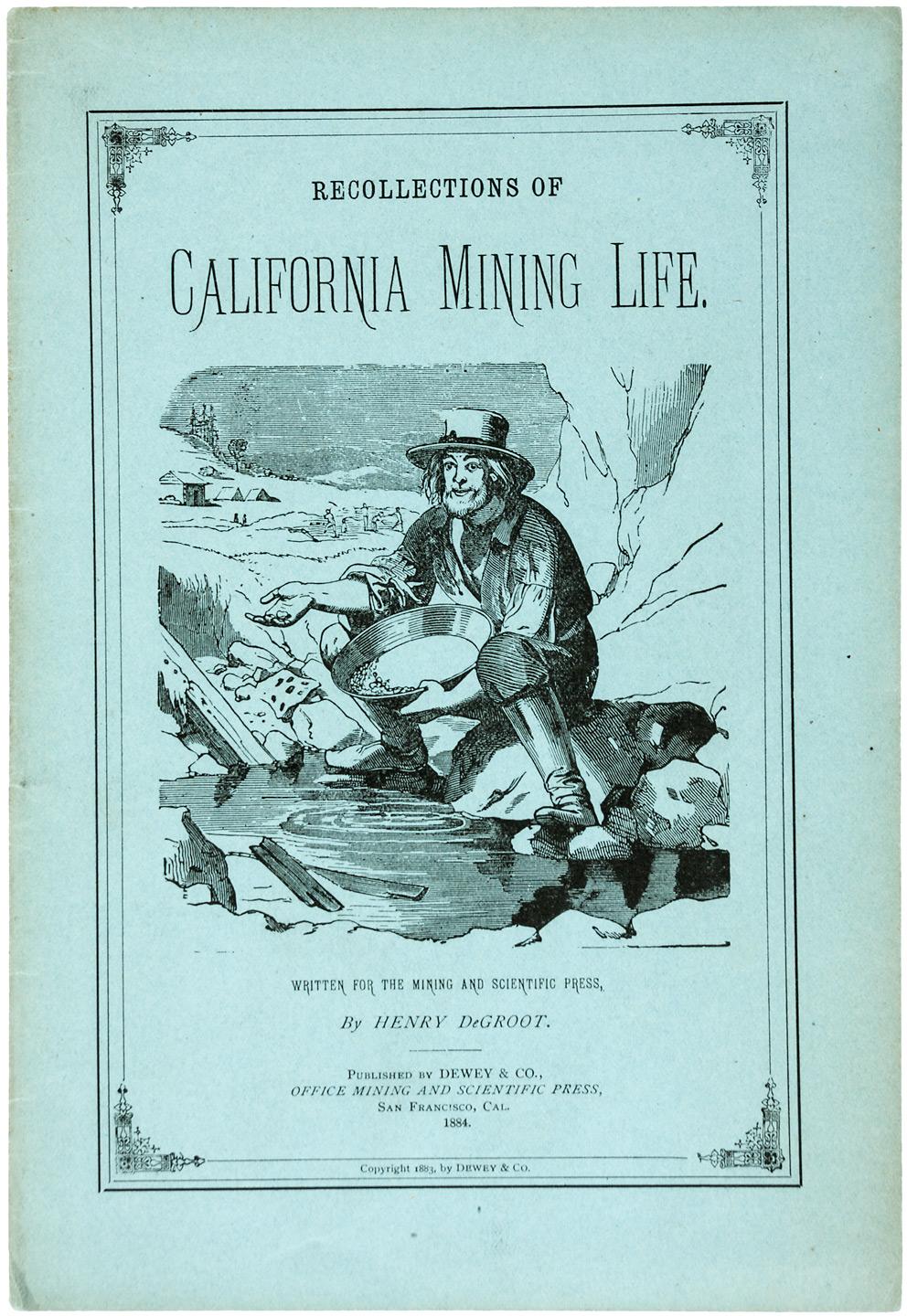 
Born on a farm in New York in 1815, Degroot received his law degree in 1841, then studied medicine and wrote for the New York Tribune. He was sent to report on the California gold rush and became involved in mining himself. He spent seven months in the B.C. interior and managed to produce British Columbia: Its Condition and Prospects, Soil, Climate and Minerals Considered (San Francisco: Alta California Job Office, 1859). First published as a series of articles in California, it is sometimes referred to as the first history of British Columbia. A mini-biography of Degroot is contained in The Human Tradition in the American West (Wilmington, Delaware: SR Books, 2002), edited by Benson Tong and Regan A. Lutz. Also a cartographer, Degroot provided the name for Lake Tahoe, based on an Indian word meaning 'big water', and died in 1893.