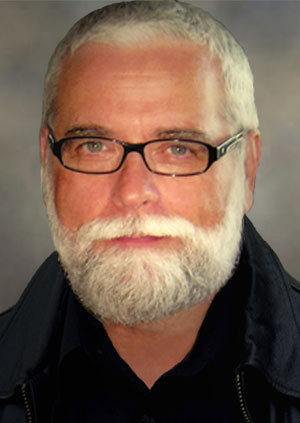 EMPLOYMENT OTHER THAN WRITING: Pastor

BIOGRAPHICAL DETAILS: Rick Dewhurst earned his B.A. in English from the University of Victoria. With training in journalism, he has worked as a sports editor and senior reporter. Dewhurst of Duncan, B.C., created the City Gate Church for which he has served as Pastor since 1995.

Bye, Bye Bertie is a light-hearted narrative by a Vancouver detective named Joe LaFlam who must search for the sister of a beautiful blonde client, Brittany Morgan. The sister has gone missing after joining a religious cult... of Druids. Both sisters are waiting to get married. LaFlam, a devout Christian, would also like to tie the knot and settle down. Much of the time LaFlam lives in Seattle in his mind. The novel was favourably reviewed by the Globe & Mail's crime fiction specialist Margaret Cannon: "This is a pretty cute story, with a clever plot, no sex or violence, and characters who are a lot more engaging than the dogs and cats some authors use as gimmicks. Still, if you're wedded to the idea of private eyes who don't know the first word of the Gospel According to Luke, you may find this one, with his eye on heaven and his talk full of Jesus, just a bit hard to believe." A reviewer for Ellery Queen Mystery Magazine wrote, "The author, a Canadian pastor, brings a satirical perspective to all the great religious and moral quandaries and provides plenty of laughs even for readers outside the born-again culture. The Library of Congress subject heading (Christian Life-Humor) is a more accurate tag than crime or mystery novel, but the case is solved after a fashion."

Publicity info for The Darkest Valley: "In the Cowichan Valley on beautiful Vancouver Island, a pastor's wife with a deep secret is dying of cancer, his young aboriginal convert is in danger of being grabbed and initiated into Longhouse spirit dancing rituals, and his congregation is throwing him to the wolves. In desperation, he attempts to recruit a local newspaper editor to publish the truth about the Longhouse. Along the way truth is put to the test, and when his wife's secret is revealed, so is their faith."

Articles: 1 Article for this author
Into the Darkest Valley
Review (2013)


Into the Darkest Valley

Novelist Rick Dewhurst has lived in Cowichan for 45 years and has spent about half that time developing The Darkest Valley, his fictional exploration of the darker side of the community's personality.

Sometimes all it takes is for one person to step forward to start difficult discussions.

Dewhurst recently fine-tuned and published a draft of a book he wrote nearly 23 years ago on which features many heavy topics, including what he says is simmering racism between whites and First Nations in Duncan.

The fictional piece called The Darkest Valley sees the lives of a Christian pastor, Cowichan News Leader editor, and First Nations teen intertwine to paint a dark picture of lingering racism and cultural and religious barriers.

"It's the story of the Cowichan Valley,"; said Dewhurst, also a pastor at Duncan's downtown City Gate Church. "And this is a story that needed to be told, just one observing Cowichan's culture.";

Dewhurst's been living Cowichan life for 45 years - 18 of those in his current role as the pastor of City Gate Church, and previous years as a News Leader Pictorial reporter.

He wrote the first draft of Darkest Valley in 1990.

"The issues were front-and-centre for me then,"; said Dewhurst, noting, ironically the topic of racism is still very much prevalent today.

Dewhurst submitted the first go at Darkest Valley to publishers not long after he wrote it, but after rejection, decided to toss it aside and move on.

And just as he couldn't let his thoughts of the local racism go either, he picked up the stagnant draft and revived it.

"It felt sort of cold and distant, so I added some life to it and added more depth to the character Will,"; he said of the First Nations teen and converted Christian who fears being "grabbed"; by his Tribe and initiated into longhouse ceremonial rituals.

"There's much more heart in it now,"; said Dewhurst.

Darkest Valley takes a much heavier tone than Dewhurst was used to writing, as well as a third-person, stream-of-consciousness writing style.

"Back then, in 1990, I was very much into James Joyce and Virginia Wolfe,"; said Dewhurst, explaining his experiment in tense. "I just loved it.";

"Each character has their own view points,"; Dewhurst explains. "It's their story and together it's a story of a community. It's not a preach.";

The main message from the book, is found in a sermon the fictional pastor gives about forgiveness after much grief due to his congregation deciding to get rid of him, and the revelation his wife Ruby holds a secret.

Forgiveness reflects as well on Dewhurst's racial and religious anecdotes.

"There must be forgiveness all around and there also must be authentic discussions, not the phony ones, the ones with personal agendas,"; said Dewhurst, now connecting Darkest Valley's theme with his own personal dilemma on opening the gates on community discussions.

Dewhurst self-published Darkest Valley and is currently in the works of planning a local launch party.

He's also dropped off copies with Cowichan Tribes Chief Harvey Alphonse and Duncan Mayor Phil Kent, but hasn't received any reaction from either yet.

Regardless, Dewhurst maintains his motives in delving into the controversial topics - not just racism and First Nations cultural practices, but also a stagnant church and its stuck-in-their-ways sheep - isn't to stir the pot or to get books sales, it's to start "authentic"; conversations.

He also ensures characters in the book aren't based on real people, and thus any similarities seen are purely "coincidental.";

Darkest Valley is available at the Christian book store, Volume One Books, Gallowglass Books, and through Amazon.com and Amazon Kindle.
Cowichan News Leader