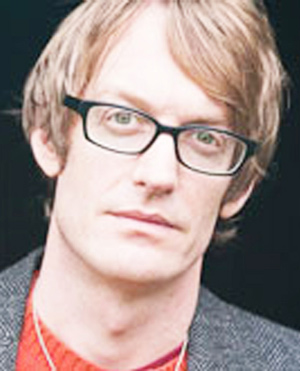 
Overshadowed in the understandable fuss made over Esi Edugyan in Victoria who won the Giller Prize in 2011, Patrick deWitt won both the $25,000 Rogers Writers' Trust Fiction Prize and the Governor General's Award for Fiction in response to his sophomore novel, The Sisters Brothers (House of Anansi / Granta UK, 2010), an offbeat, rollicking tale of two cowboy assassins, Eli and Charlie Sisters, and their faithful horses, as they are tracking down a gold prospector with a secret. The novel also received the Libris Award for fiction from the Canadian Booksellers Association, judged by independent booksellers.

Born on Vancouver Island and now living in Portland, Patrick deWitt was also surprisingly long-listed for the Man Booker Prize and nominated for the Giller Prize. According to a press release when he received his longlisting for the Booker Prize, deWitt "stumbled down to his computer Tuesday morning only to be greeted by a flurry of excited e-mails" alerting him to his longlist selection. "Honestly, it's not really something I'd considered, in terms of my work,"; he admitted, on the phone from Portland. "I guess I think of my work as bit left-of-center. Maybe not inclusive enough, I guess, to be considered for a prize of that size. But I'm very happy with the decision. The response to The Sisters Brothers has been so lovely across the board, and this really tops it all.";

deWitt has been credited with a "dark and gentle touch"; in his storytelling. deWitt's previous novel, Ablutions, was published in 2009, and he wrote the screenplay for the film, Terri.


The complete shortlist for 2011 was as follows:

The winner of the ÂŁ50,000 prize was Julian Barnes.